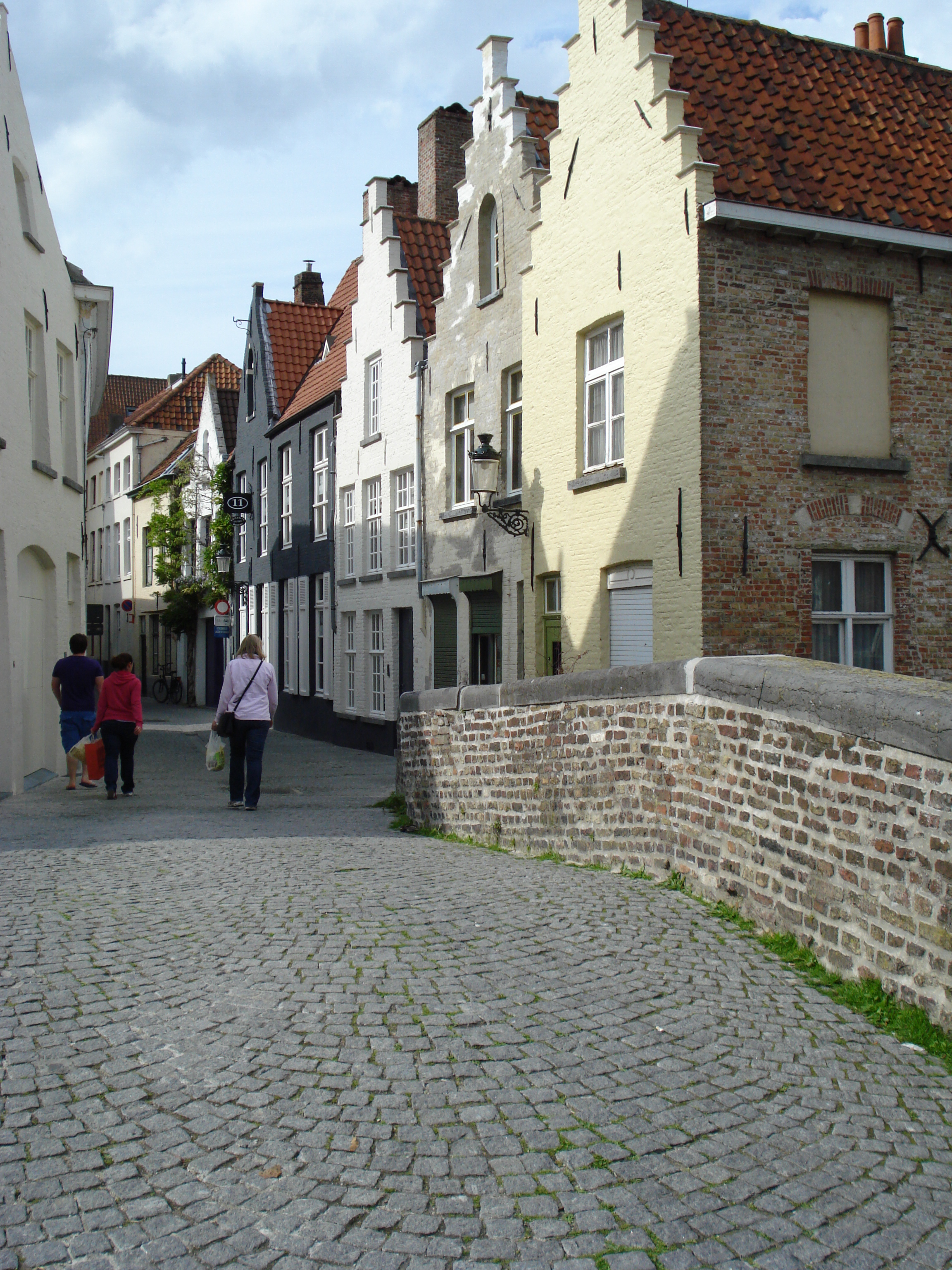 I had wanted to visit Bruges for a long time, even before I started to write historical fiction.

The idea of a beautifully preserved city, some of it dating from mediaeval times and most of the rest from the seventeenth century, was very appealing. It didn’t disappoint. Although overcrowded with tourists and jam-packed with souvenir lace and chocolate shops, the town has a great deal of charm. 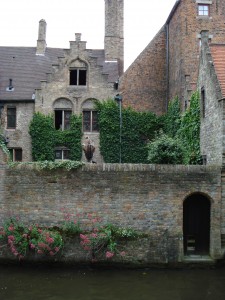 The sheer number of tourists can be a nuisance but the wealth they bring with them is important as it allows the continual restoration and refurbishment of the city to continue. In the centre it is almost impossible to find an ugly view and rare to find a modern building or any sign of overhead cables or satellite dishes.

Known as the Venice of the North, Bruges is similar to Amsterdam in that canals run through the town.

Today the boats on the canals are mostly for the tourists but they are a good way to see this almost impossibly pretty town. In the winter the level of water in the canals is lowered by a meter to allow homeowners to carry out repairs to their houses below the water level. The houses are largely built in the Dutch style; narrow fronted town houses several stories high with traditional seventeenth century stepped gables. Apparently this feature allowed chimney sweeps to walk up to the ridges of the roofs to sweep the chimneys. Health and Safety was very different then! 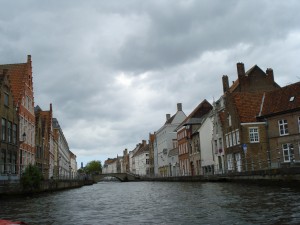 I could see the influence that Dutch architecture had on the rebuilding of London after the Great Fire of 1666.

Thatched roofs and projecting rooms above ground floor level were forbidden by the Rebuilding Act to minimise fire risk. All new houses had flat fronts and were built of brick or stone with tile or slate roofs. Tall, narrow town houses allowed the maximum number of rooms to fit on a small plot.

Modern day Bruges doesn’t allow cars in the town centre and, as the town is small, it is easy to walk or cycle everywhere. Horse drawn carriages are a tourist attraction and I was amazed at just how noisy a horse’s hooves can be on cobbles as they trot through the town. I was also surprised at the powerful aroma of the stable carried on the air when a hot horse had passed by. The streets were kept clean by a hammock suspended under the horse’s rear end and there are special drinking water troughs. I hadn’t particularly considered this aspect of transport when writing historical fiction but following my visit to Bruges I will be able to add authentic details. 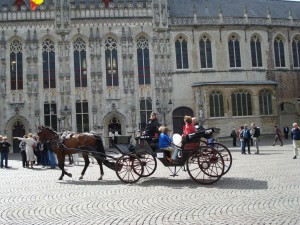 Sitting in the market square I shut my eyes in the sunshine and listened to the regular sound of church bells chiming the hour and the horses trotting by. I could smell the drains and the rich scent of a simmering meat stew. It was easy to imagine I was enjoying the sunshine sitting in the town square several centuries ago and my mind began to drift as I listened to a courting couple arguing.

But that’s another story.

One response to “Bruges – An Historical Gem”