Guest author – John Jackson, Writing in the Past.

Contrary to popular opinion, not all romantic novelists are female. I met John Jackson through the Romantic Novelists’ association a few years ago and, since we both write romantic historical fiction, we found plenty to talk about.

Read on for John’s experiences of Writing in the Past. 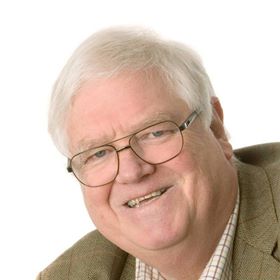 Long, long before the first ever series of “Who Do you Think You Are” I was a very keen genealogist. I had a great start on both sides of the family; my mother had an unusual name, Dumaresq, from the Channel Islands, and my paternal Great-great Grandfather, also John Jackson, was a Vicar, whose wife transcribed ALL his letters and compiled an exhaustive family tree, all in original manuscript.

These days it is easy to find your family tree, using the Net and having access to so many records on-line. Back then, it meant going to Somerset House and to the old National Archive on Chancery Lane to check out the census records on micro-film. Not to mention going to the Society of Genealogists offices in London and looking through their VERY extensive card index. (remember those?)

All this started more than 50 years ago, but it was only when I started looking at my mother’s family tree that I managed to find out some details on some of the more “interesting” names.

If you are doing research like this, a new resource came available a few years ago. Archive.org has spent a lot of effort “digitising” old library reference books, including old copies of things like The Irish Peerage, Debretts, The Visitation of England and various other documents. Its an amazing resource and fairly easy to search.  It was while I was following an “Interesting Name” when I came across Robert Rochfort, Earl of Belvedere. 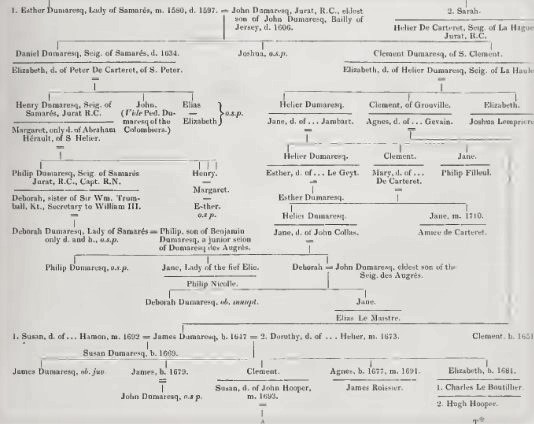 Going straight up the male line is normally easy. Diverting off to a female line is harder – basically because titles, names and land, back in the day, didn’t transfer through daughters. I was lucky though.

When you discover an Earl in your family tree, you’ve got to find out something about him. With Robert Rochfort, there was a LOT to find out. First and foremost, it quickly became obvious that he was a horrible human being! The events told in Heart of Stone are as close to the facts as I could keep them, and the ones I couldn’t include in the story were even more horrific.

Meanwhile, back in the real world, the years had passed, and I found myself retired, and with an inkling to write. An inkling encouraged at every turn, I might say, by my ever-expanding circle of writer friends mostly members of the Romantic Novelists Association.

I’ve always loved historical fiction, and historical romantic fiction. I was brought up on Georgette Heyer, and two of her more “Historical Novels” are among my all time favourite reads. “The Spanish Bride”, a perfect combination of military adventure and love story – which also happens to be true, and “An Infamous Army”, Georgette Heyer’s novel of Waterloo. It was clear, if I was going to write, it was going to be a mixture of Historical and Romance. I don’t feel in the slightest bit “challenged” as a male in a largely female genre. It would be a sad world if you couldn’t write about love, and, after all, a spot of romance is the main cause of any of us being here in the first place.

So how to turn some fascinating but ugly facts into a tellable (and saleable) story. Well, that’s what I hope I’ve done with Heart of Stone. I’m a story-teller, rather than a historian, so I had no hesitation whatsoever in twisting and turning the events to suit the need for a decent narrative. Also, writing Heart of Stone gave me the chance to give the characters the ending they perhaps deserved.

Those who know me well may say there’s a lot of “me” in the book, and that’s as it should be. When I read my friends’ books I see them in their words. I love it. 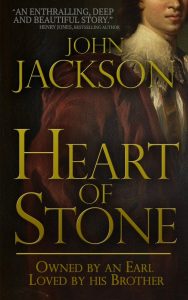 One response to “Guest author – John Jackson, Writing in the Past.”