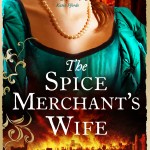 I’m delighted that The Spice Merchant’s Wife has been shortlisted for the Festival of Romance’s Best Historical Read.

The shortlists for the 2013 Festival of Romance Awards have been announced. Comprising the Romance Reader, Romance Industry and New Talent Awards, the winners will be announced on Saturday 9th November at the Festival of Romance along with two competitions run by romance publishers to find new authors in the genre; both Piatkus Entice and Carina UK have publishing contracts on offer to writers. Now in their third year the Romance Reader Awards are judged solely by a panel of readers and include novels by bestselling authors on the shortlists as well as books by newer names. Independent publisher Choc Lit and new digital romance imprint HarperImpulse from Harper Collins have been nominated for Publisher of the Year and for the first time there is to be an award for Romance Blogger of the Year, recognising the invaluable contribution by bloggers reviewing books and creating social media buzz around romance reading. Nominated for the Hall of Fame Award for outstanding achievement in romantic fiction is the Romantic Novelists Association which has been representing authors and been a defining, driving and positive force for the genre since 1960.

Take a Look At Me Now by Miranda Dickinson (Avon)

Is This Love? By Sue Moorcroft (Choc Lit)

The Affair by Gill Paul (Avon)

It Happened One Night by Phillipa Ashley (Piatkus Entice)

Confessions of a Chalet Girl by Lorraine Wilson (HarperImpulse)

The Art of Deception by Liz Harris (Choc Lit)

The Rebound Guy by Fiona Harper (Mills and Boon Cherish)

Stranded with the Tycoon by Sophie Pembroke (Mills and Boon Modern)

No One Ever Has Sex on a Tuesday by Tracy Bloom

The Good Sister by Amielise Gable

The Bow Wow Club by Nicola May

The Pollyanna Plan by Talli Roland

The Hollow Heart by Adrienne Vaughan

Cooking Up a Storm by Sue Welfare

The Wildflower of Ravenscar – Wendy Grace

Fifty Not Out – Vivien Hampshire

The Bow Wow Club – Nicola May

Choc Lit – for their commitment and support to developing new writers

Harper Collins – for use of different formats; ebook compilations, hardbacks and paperbacks

Linn B Halton – for evolving the loveahappyending.comauthor/reader initiative into an interactive lifestyle magazine

Lorraine Wilson – for being such an inspiration to other writers

Publisher of the Year

Literary Agent of the Year

Lizzie Kremer – for her commitment to the romantic fiction genre

Tanya Farrell (After The Final Chapters) – for writing honest, funny and no holds barred reviews and using social media to connect with readers throughout the world

The Romantic Novelists’ Association – for being a defining, driving and positive force for the genre since 1960