The Apothecary’s Daughter – an editor’s point of view 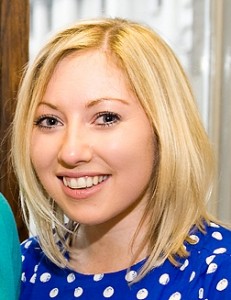 In this job, it’s fair to say that I read a lot, and must admit there are moments when it can be more of a chore than a pleasure. So it really is a very special thing when you start reading a submission and then just don’t want to stop. This is honestly how I felt when I read Charlotte’s first draft of The Apothecary’s Daughter about a year and a half ago, and it has been such a privilege to work with Charlotte on this (and her second novel The Painter’s Apprentice – watch this space!).

There are so many wonderful things about this book, I don’t really know where to begin, and I’m wary of giving too much away as I’d hate to ruin this fabulous story for anyone who hasn’t read it yet. If you haven’t, you really should – I promise you won’t be disappointed.

The authentic setting of the book is one of the reasons that I first fell in love with it.  Set within the decadence and decay of Restoration London, at the time of the plague and the Great Fire of London – it’s a truly fascinating backdrop to Susannah’s tumultuous and dramatic story, and as bustling Fleet Street and St Paul’s Cathedral (as well as a quaint little cobbled street appropriately named ‘Apothecary’s Lane’) can all be found about a five minute walk from my office, I knew I was the right editor for the job!

Once Susannah entered my life, I knew I wouldn’t forget her. She is such a wonderful protagonist; intelligent and determined, yet also vulnerable. Also, the fact that the secondary characters are so life-like and three-dimensional is a true testament to Charlotte’s talent as an author; the formidable Aunt Agnes, the adorable Joseph, the charming, but troubled, Henry Savage, and of course, the petulant, manipulative, vulgar, spiky Arabella, who is, quite simply, one of my favourite characters to ever grace the page! However, the real charm of this novel is the apothecary shop itself. One of things that makes this shop so atmospheric is the way Charlotte richly describes it, the sights and the smells – crushed lavender, mint, rosemary, liquorice and turpentine all mingling together. It’s a really strong sensory image and makes the shop feel real and warm, almost as if it’s another character in the book.

So, if you’re looking for an escapist, dramatic, sumptuous, romantic read, to curl up by the fire on these cold winter nights – then look no further!