I live in a C16th cottage in the woods that was once part of the Highclere estate. Highclere Castle is, of course, well known as the setting for the popular drama series, Downton Abbey. Series 2 is set during WWI, where Downton Abbey is turned into a convalescent home for officers returning from the trenches of the Western Front. The story is fiction but the hospital established at Highclere Castle in 1914 was real.

The story of the Highclere hospital was particularly interesting to me while I was writing and researching Letting in the Light, the third book in the Spindrift trilogy. My story is located in Cornwall in WWI and the community set up a convalescent home at Spindrift House. 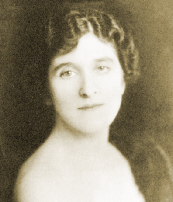 At the age of 19, Lady Almina married the 5th Earl of Carnarvon. Half French, she was believed to be the natural daughter of Alfred Rothschild. Her fortune saved her husband from financial ruin and, like Lady Cora, the American heiress in Downton Abbey, she funded renovation work at Highclere Castle. Subsequently, her inheritance from her father funded Lord Carnarvon’s search for Tutankhamen’s tomb.

In 1914, the Countess was 38 when war broke out and, with financial support from her father, she opened Highclere Castle as a surgical hospital, specialising in orthopaedics and admitting patients returning from the trenches. She took on the role of matron and appointed the family doctor as medical director and employed 30 nurses. Eminent surgeons were brought from London and an operating theatre set up in one of the bedrooms.

Lady Almina considered good hygiene was extremely important, understanding that this reduced the risk of possibly fatal infection. She made beds, dressed wounds, read to the patients and told them how brave they were. Very few patients died whilst recovering at Highclere. Lady Almina also believed a patient made a better recovery when given sympathetic emotional support.

Officers had the best care possible and were treated as house guests. They had their own rooms with lovely views of the grounds, linen sheets, down pillows and other touches of luxury. Nurses wore bright pink uniforms to lift the patients’ spirits. In the evenings, the patients dined with waiting staff to attend them. Afterwards, they might play cards in the library. Lady Almina wrote to each patient’s family, outlining their condition in detail and inviting them to visit at the weekends.

In 1916, the war gained momentum and huge numbers of young doctors died at the Somme. Older and more experienced surgeons were more readily available in London to cope with emergency treatment for the vast number of wounded men returning from the trenches. Lady Almina moved the hospital to rented accommodation at 48 Bryanston Square in London. A lift was installed, as well as X-ray apparatus and a purpose built operating theatre to service the forty beds. Rehoused in this large building, it was possible to deal more quickly with the rising influx of wounded men. The new hospital was affiliated with Queen Alexandra’s Military Hospital.

Lord Kitchener came to inspect the newly opened hospital and was impressed. There were some single rooms but most wards held between two and four beds. They were given the same names as the guest rooms at Highclere such as, Arundel, Sussex and Stanhope. Fresh produce from the kitchen garden and orchard was sent daily from Highclere.

The archives at Highclere Castle still house several hundred letters received by the 5th Countess, thanking her for helping to save their loved ones during their time at the hospital. One of the letters of thanks from a patient remembered being served breakfast in bed by a butler before a footman inquired as to which order he would care to read the newspapers! Many of the letters say that Lady Almina was like a ‘guardian angel to them, a modern day Florence Nightingale.’

In 1917, the hospital became one of the few hospitals treating patients from the Royal Flying Corps, specialising in burns cases. The hospital in Bryanston Square was still caring for 20 patients in November 1918 at the end of the war. When they were sufficiently recovered to be moved to convalescent homes, the hospital closed on 15th February 1919 and Lady Almina returned to Highclere Castle.

To find out more about Highclere Castle click here 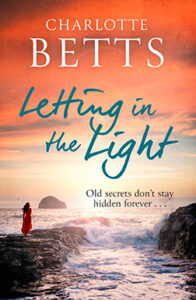