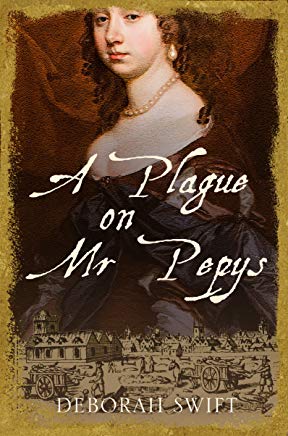 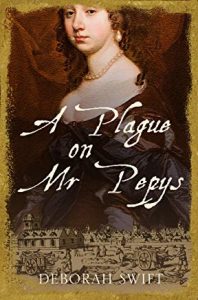 I’m a great fan of Deborah Swift’s writing and A Plague on Mr Pepys is her second novel in the Mr Pepys series.

About the book
The Great Plague has London in its grip. As the summer heat rises, red crosses mark the doors, wealthy citizens flee and only the poor remain to face the march of death. Ambitious and attractive, Bess Bagwell is determined her carpenter husband, Will, should make a name for himself and schemes to meet Samuel Pepys, diarist, friend of the King and an important man in the Navy shipyards.

But Pepys has his own motive for cultivating Bess, and it’s certainly not to benefit her husband. With pestilence rife in the city, all trade ceases. Will is forced to invest in his unscrupulous cousin Jack’s dubious ‘cure’ for the pestilence which horrifies Bess and leaves them deeper in debt. Now they are desperate for money and the dreaded disease is moving ever closer. Will Pepys honour his promises or break them?

Deborah Swift makes her characters feel so alive you can almost hear them breathing. Spirited Bess and her husband, unassuming and charitable Will love each other deeply and want nothing more than a happy family life. Neither is afraid of hard work but the combination of difficult times and the malign interference of others causes a deep rift in their marriage. Although sometimes harrowing, there are also moments of pure comedy in the person of Bess’s mother, Agatha, former brothel owner and now a searcher in plague-ridden houses.

A Plague on Mr Pepys brings seventeenth century London to life in convincing detail. I found the story utterly gripping and it is a book that will be hard to forget.

If you missed Deborah’s post on money and housing in C17th London on my website last month, you can read it here.