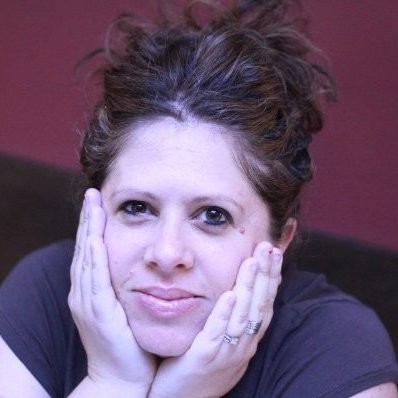 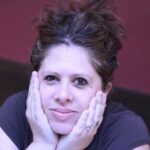 Welcome to my guest author, Michelle Rosenberg, who is writing here about Amelia Earhart: the famous American aviator whose story and disappearance has captured the imagination of the world.

Michelle, I do love to hear about strong women in history who battled against the gender constraints of their era. Do tell me more about Amelia Earheart!

Until relatively recently, Amelia Earheart’s fate and death remained a fiercely debated mystery. Born in Atchison, Kansas, she was captivated by the pilots training at a local airfield. During the First World War, she served as a Red Cross nurse’s aide in Toronto in Canada. On her eventual return to the US, she enrolled at New York’s Columbia University as a pre-medical student. She took her first plane ride in 1920 and the rest is history.

In 1923, she became the sixteenth woman to receive a pilot’s licence. She was the first president of the organization of licensed pilots, the Ninety-Nines, and in 1928 she was the ‘aviation’ editor of Cosmopolitan magazine. Preferring smelling salts instead of tea or coffee to keep her awake during long flight hours, on 17 June 1928, she embarked from Newfoundland on an epic flight across the Atlantic with pilots Wilmer ‘Bull’ Stulz and Louis E. ‘Slim’ Gordon.

Twenty-one hours later, she had become the first woman to cross the Atlantic. She would later become the first woman to fly solo across the Atlantic (where she had a cup of hot chocolate for sustenance) and the first person to fly, solo, from Hawaii to the US. On 1 June 1937, she set off in an attempt to become the first woman to circumnavigate the globe. She disappeared over the Pacific in July 1937, in her Lockheed Electra 10E. In a letter to her husband, George Putnam (they married on 7 February 1931), she had written: ‘Please know I am quite aware of the hazards. I want to do it because I want to do it. Women must try to do things as men have tried. When they fail, their failure must be but a challenge to others.’

New evidence and theories suggest that rather than the widely held belief that they crashed into the Pacific, Earhart and her companion and navigator Fred Noonan, low on fuel, were forced to land on the reef of Gardner Island, 2,000 miles from Hawaii. The theory says that they sent a series of emergency radio signals to Itasca, the Coast Guard vessel in charge of monitoring this particular leg of Earhart’s journey. Those radio signals were sent at low tides, the only times when the water level was low enough for the plane’s engine to safely run without risk of flooding.

Two days after their forced landing, a message from Earhart was received via radio frequency by a listener in San Francisco: ‘Still alive. Better hurry. Tell husband all right.’ On 7 July, another message, intercepted by a listener in New Brunswick, Canada: ‘Can you read me? Can you read me? This is Amelia Earhart … Please come in.’ And then the last message: ‘We have taken in water; my navigator is badly hurt … we are in need of medical care and must have help. We can’t hold on much longer.’ And that was it. Nothing further was intercepted or heard from Earhart.

Most recently, in January 2019, debris of a plane that might have been Earhart’s, has been discovered off Papua New Guinea. At last writing, National Geographic Explorer at Large, Dr Robert Ballard, is leading a team to discover what happened to Amelia. National Amelia Earhart Day is celebrated on 24 July.

This post is taken from ‘The Greatest Explorers’, by Michelle Rosenberg, published by Pen & Sword. Available to pre-order here:

Michelle Rosenberg is a writer and passionate women’s historian. She is behind the history hub www.herstorically.co.uk and is currently writing her seventh book for Pen & Sword. She runs colaborative educational events with the Salem Witch Museum in Massachusetts, USA and attended a mythology retreat in Greece with author Madeline Miller. A chick lit extravaganza has been in the works for a while!