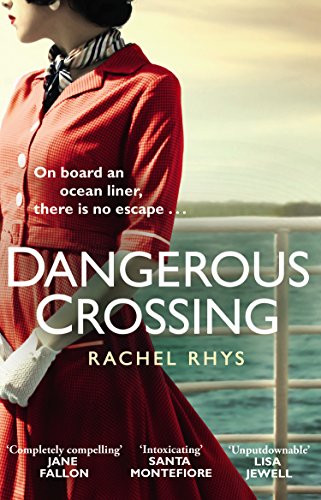 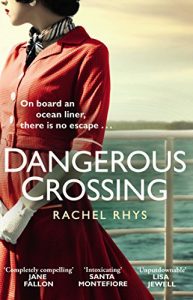 Dangerous Crossing by Tracy Rees is a 2017 Richard and Judy bestseller.

I enjoyed this story of a naive young woman travelling to Australia on the £10 assisted passage scheme just before the outbreak of WWII.

Lily intends to take up a position in domestic service but, on board the liner Orontes, she is taken under the wing of seductive and glamorous new friends from First Class. But all is not as it seems and, as the temperature increases, tension also mounts as secrets, including Lily’s own, are revealed.

Almost all the action takes place on board ship and the pace flagged a little in the middle – along with the character’s own boredom at being onboard for a length of time. I guessed the twist at the end but not until late in the story.

England, September 1939
Lily Shepherd boards a cruise liner for a new life in Australia and is plunged into a world of cocktails, jazz and glamorous friends. But as the sun beats down, poisonous secrets begin to surface. Suddenly Lily finds herself trapped with nowhere to go …

Australia, six-weeks later
The world is at war, the cruise liner docks, and a beautiful young woman is escorted onto dry land in handcuffs.

What has she done?