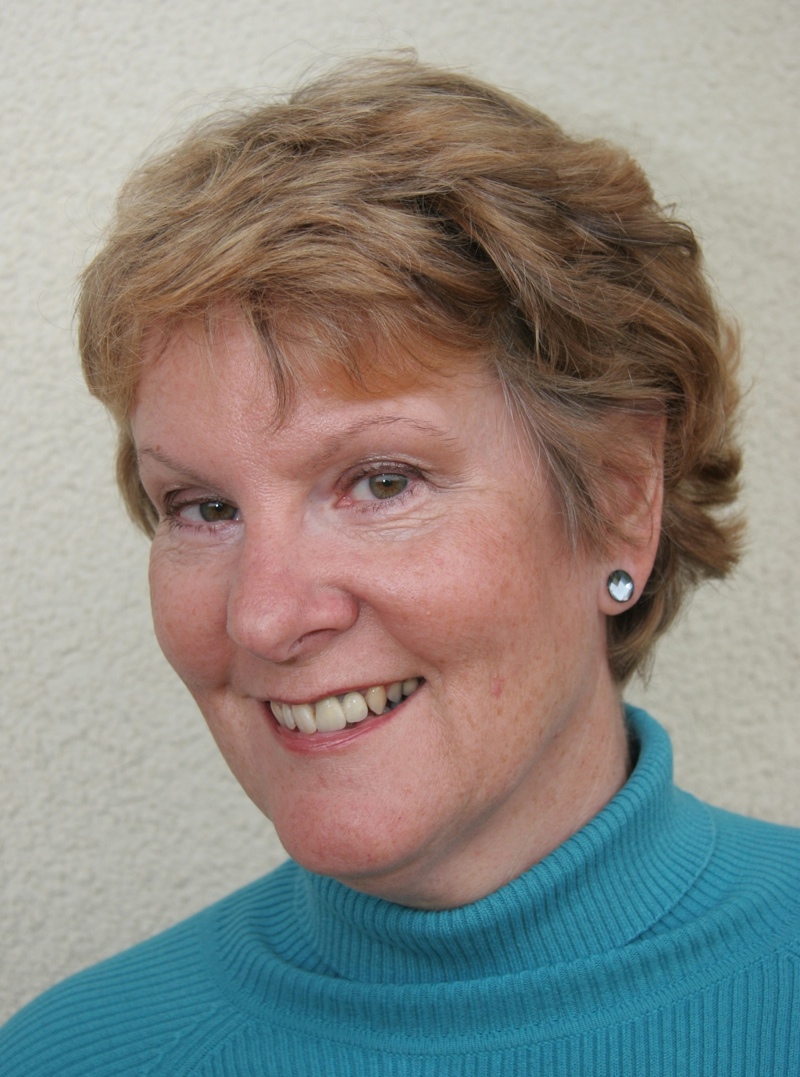 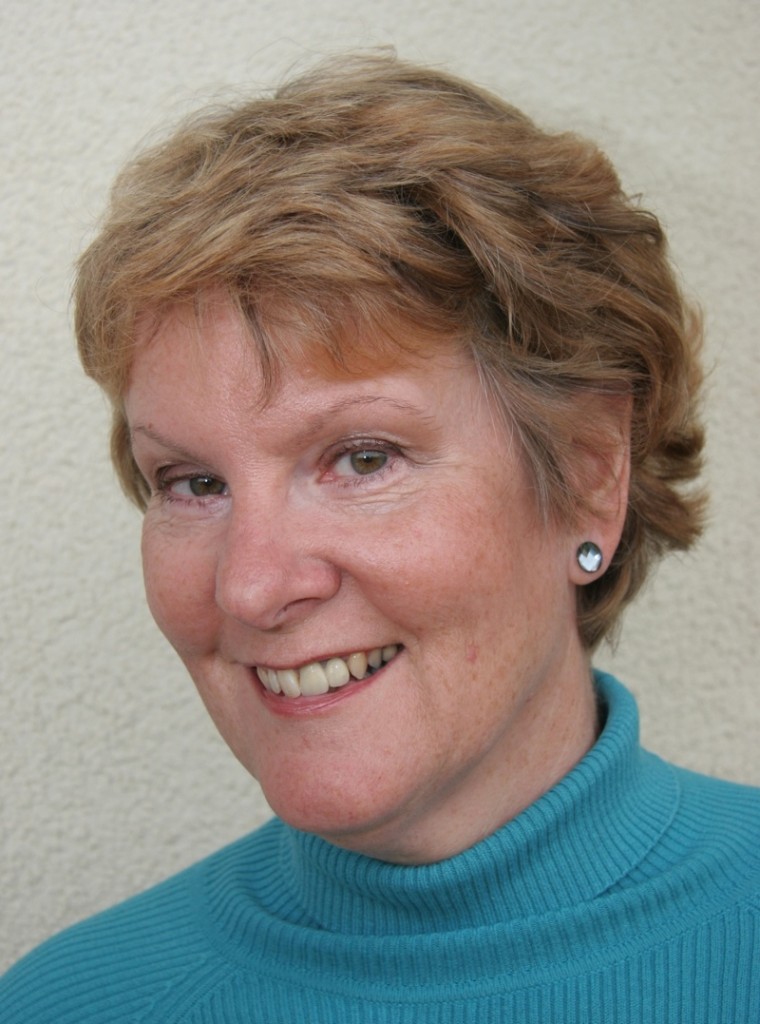 I’m delighted to have Alison Morton as my guest author today. Alison’s recently published novel, INCEPTIO, is an intriguing story set in an alternative world history. Here is a taster …

New Yorker Karen Brown, hunted by a killer, flees to her mother’s mysterious homeland in Europe, Roma Nova, a country founded sixteen centuries ago by Roman exiles and which women now rule. Karen breaks up with her new lover, arrogant special forces officer Conrad Tellus, and finds a career as an undercover cop. But despite her training and skills, she has to ask for Conrad’s help – the killer has set a vicious trap knowing she will have no choice but to spring it…

Thank you so much for having me on your blog today, Charlotte.

INCEPTIO is a contemporary story set in Roma Nova, in an alternate history of the world. What inspired you to write this?

Two events separated by many years! The first was when I was on holiday in north-east Spain one summer. I was eleven and fascinated by the mosaics in the Roman part of Ampurias (a huge Graeco-Roman site). I wanted to know who had made them, whose houses they were in, who had walked on them. 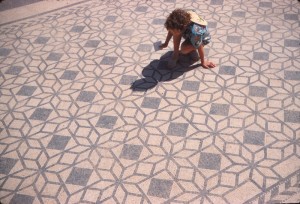 After my father explained about traders, senators, power and families, I tilted my head to one side and asked him, “What would it be like if Roman women were in charge, instead of the men?” Maybe it was the fierce sun boiling my brain, maybe early feminism surfacing or maybe it was just a precocious kid asking a smartass question. But clever man and senior ‘Roman nut’, my father replied, “What do you think it would be like?”

Real life intervened (school, university, career, military, marriage, parenthood, business ownership, move to France), but the idea bubbled away in my mind and the INCEPTIO story slowly took shape. My mind was morphing the setting of ancient Rome into a new type of Rome, a state that survived the dissolution of the Western Roman Empire into the 21st century, but retaining its Roman identity. And one where the social structure changed; women were going to be leading society. 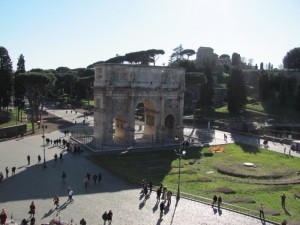 But what actually started me writing INCEPTIO? One Wednesday I’d gone to the local multiplex cinema with my husband. Thirty minutes into the film, we agreed it was terrible. The cinematography was good, but the plot dire and narration stilted and clichéd. ‘I could do better than that,’ I whispered in the darkened cinema.

‘So why don’t you?’ came my husband’s reply. Ninety days later, I’d written 96,000 words, the first draft of INCEPTIO.

Fast work! Tell us about your journey as a writer.

Of course, I made the classic mistake of submitting INCEPTIO too soon, but had some encouraging replies. Several rewrites later, good advice from Romantic Novelists’ Association New Writers’ Scheme reports led to some full submissions, even to a US agent! I received replies like ‘If it was a straight thriller, I’d take it on’ and ‘Your writing is excellent, but it wouldn’t fit our list.’  I was (am!) passionate about my stories so I decided to self publish with bought-in publishing services. They took care of editing, registrations, typesetting, design, bookjacket, proofing,  plus gave me advice and support throughout I’ve found it a fantastic way to enter the market. We are very lucky to live in times when many different routes are open to writers. I had a wonderful launch at Waterstones Tunbridge Wells and Sue Cook, the author and broadcaster, came along to support me. 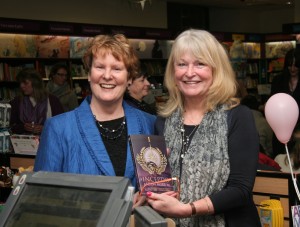 I’m probably 20% plotter and 80% pantser. I’m drafting book four now and I’ve evolved my thirty-line system, tracing the inciting incident, three crisis points, the black moment and the resolution. All the rest in between just thrashes around in my head and eventually emerges through my fingers when it does.

Do you have a yearning to write some other type of novel, and if so, what genre would it be?

This is going to be a very dull answer – no! I could possibly be tempted into straight historical thriller writing, but I wouldn’t dare to put myself up against writers like Lindsey Davies or C J Sansom.

Has living in France has made any difference to the way you write?

I don’t think so, except it’s more peaceful here. The overall quality of life is higher. The trouble is the food, wine and beautiful countryside are very distracting!

Do you have an all time favourite novel?

What do you think is the biggest myth about being a writer?

Where do I begin? I wrote a complete post about this: http://alison-morton.com/blog/2012/08/21/writers-have-an-easy-life-or-do-they/But in brief, people believe writers lead a dilettante life, tapping a few words here and there on the keyboard, drinking coffee and wine, gossiping with friends and going to literary parties. If only! Seriously, I think the biggest myth is that you can dash off a novel ‘just like that’.

If only that were true! Can you tell us something of your latest work in progress and how you got the idea for it?

I’m just giving the final polish to PERFIDITAS, the second in the Roma Nova series, before it goes to the editor; it’s due out in the autumn. The title is based on the Latin word “perfidia” which means faithlessness, treachery, falsehood. And there is plenty of it on personal, professional and national levels. It’s seven years on from INCEPTIO and we meet Carina, Conrad, Aurelia and Lurio again, plus a few other familiar faces. And we learn more about Roma Nova and some of the other characters’ backgrounds. But treachery is in the air and leads to a shocking showdown.

What are your top three writing tips?

Bash the story out. If you pause too long beautifying individual scenes at this stage, you risk losing the narrative flow. You’re first and foremost a storyteller; the story is the most important thing. Put it away for at least six weeks, then do the first self-edit, checking the plot structure, deleting the dreadful parts and working on the sloppy bits. Then back into the drawer and start the next project. Out of the drawer comes the first novel a few months later and this time you scrutinise each sentence word by word, forcing each one to justify its existence. Then you have something ready for sending to a professional editor. 😉

Where can readers buy INCEPTIO?

Thank you so much for telling us about your writing, Alison and I look forward to reading PERFIDITAS too.

Alison Morton grew up in West Kent and worked as a civil servant in the City of London, dealt in coins and antique jewellery, head-hunted chief executives, served as a Territorial Army officer and owned a translation company. She completed a BA in French, German and Economics, became a Member of the Chartered Institute of Linguists and thirty years later gained an MA in History. She now lives in France with her husband. A ‘Roman nut’ since age 11, she has visited sites throughout Europe including the alma mater, Rome.

Watch the book trailer at http://youtu.be/NJXrIn7QkiM