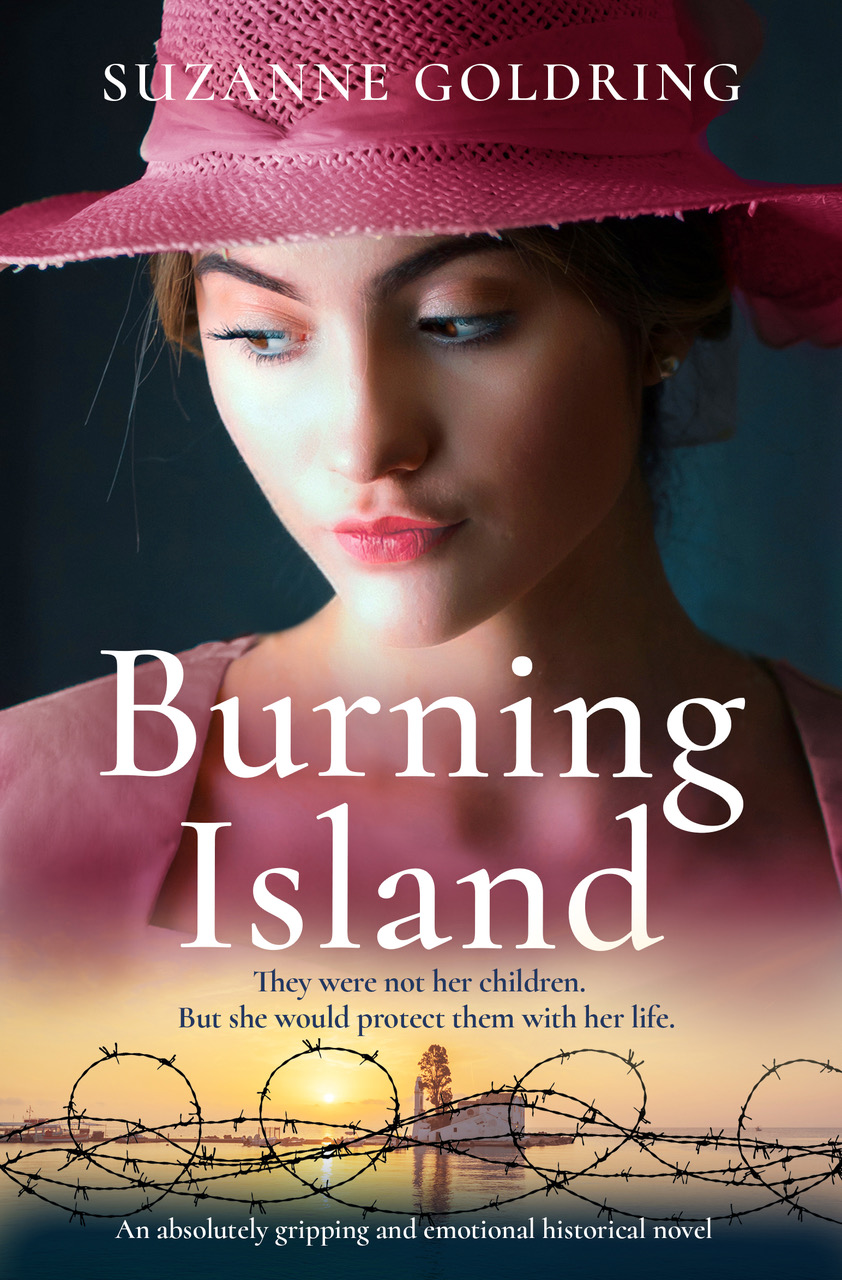 My guest author today is Suzanne Goldring, who had great success with her debut novel, My Name is Eva and her second novel, Burning Island looks set to do equally well. 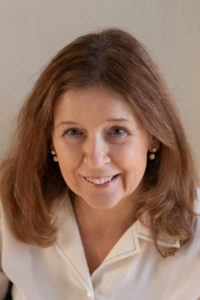 Suzanne, tell me a little about your journey to publication. When did being published first seem possible and not just a dream? Has being published lived up to all your expectations?

Becoming published first felt possible when my novel came second in a Winchester Writers’ Conference competition. However, it was another six years and three more novels later that I finally succeeded in getting a two-book deal with Bookouture.

What inspired you to write your first two novels?

The seeds for My Name is Eva were sown when I became intrigued by a conversation I had with two very elderly friends in a care home. The tantalising glimpses they gave me into their wartime experiences, made me think about the secrets seemingly quiet and harmless old ladies might be hiding.

Burning Island is set in Corfu, an island I have visited many times. After a couple of family holidays there I discovered its wartime history and felt this was an important story I had to tell.

Now you’ve had two books published, are there any manuscripts in your bottom drawer that you might dust off and bring out into the light?

Definitely! In fact my fourth book will be ‘one I prepared earlier’, but with revisions.

Do your surroundings influences what you write? I’m ‘asking for a friend’ here as I know you spend quite a bit of your time in Port Isaac, Cornwall, the same village where my new trilogy is set!

I find my regular visits to Cornwall give me a peaceful atmosphere in which to write, more than influencing me. So far, my inspiration has come mostly from talking to people about their life experiences. As I always say, ordinary people have extraordinary experiences and that is what I like to uncover.

Which three books would you take to a desert island?

What will you write next?

I am currently working on a novel about how damaging experiences in childhood can lead to PTSD, which can have a life-long affect on relationships and one’s whole approach to life.

Chocolate or wine – which keeps you going when you’re struggling to write?

Neither. If I grind to a halt ( only ever temporary..!) I go for a walk, garden or do some ironing to clear my head. Writing doesn’t only happen sitting at a desk with a laptop, it carries on inside with such mindless activities.

My answer to that one is a cup of tea, followed by a walk in the woods! Thank you, Suzanne, for being my guest today. 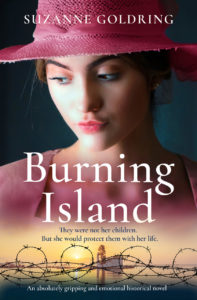 Greece 1944. Though they don’t know it, five-year-old Matilde and three-year-old Anna have kissed their mother for the last time. The Nazis have reached their sun-scorched home, and they are being taken to a place of safety, on the north-eastern tip of the rocky island of Corfu, to be hidden at great risk by kindly Agata and her husband until the terrible war is over.

Matilde and Anna’s tears are soothed by Agata’s bedtime stories, but she is always alert. So far no soldiers have ventured down the steep rocky hillside to their secret haven, but Agata knows they are constantly scouring the island for missing Jews. And then, on a day when Agata’s husband is away, a German soldier appears…

2016. Under a baking June sun, Amber and her husband arrive in Corfu from England, hoping for a fresh start. But not everyone is pleased by their arrival, and with the pressures of pregnancy, the couple grow further apart. Desperate to find a sense of belonging for herself and her unborn child, Amber finds herself drawn to the local story of two little girls, left by their parents and hidden for their own protection.

But there are some who would rather Amber left Corfu’s terrible history well in the past. Can Amber uncover the heart-breaking truth about the two little girls, and what happened after a German soldier took a swim in the bay by their house? If she does, can the secrets of the past help her find happiness, or will they send her running from the island, alone?

To find out more about Suzanne Goldring visit her website. https://suzannegoldring.wordpress.com/about/