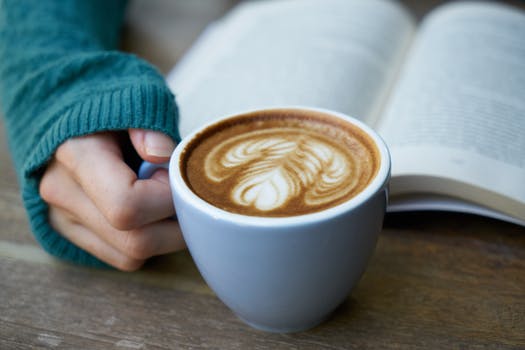 Instead of a guest author I thought it would be interesting to hear about the editing process from an editor’s point of view as a change from the author’s perspective. In fact Abbie Todd is both an editor and an author but here she is firmly wearing her Editor’s hat!

Abbie writes contemporary, slightly edgy fiction for teenagers. She is also an editor at a large publishing company in Oxford, where she works on literacy resources for primary schools. She is delighted to have found a profession where fastidiousness, nit-picking and OCD are celebrated!

Here, she answers some questions about her work as an editor.

What does a typical day look like for you?

Most typically – editing! Anything from first draft manuscripts from authors, to final proofs which are almost ready to hand over to printers. At this very late stage, I often sit with the designer and watch as they make changes on screen, just to make sure everything is accurate.

I don’t just edit books. I might also be looking at a digital resource – a game or an eBook, or listening to audio clips or commenting on animations.

I write artwork briefs which our design team send to illustrators, then I feed back on rough sketches and final artwork. I also brief, comment on and help to develop cover designs.

Do you switch off from editing when you’re reading for pleasure?

I’m not an editor twenty-four hours a day (as I point out when someone gleefully spots a typo in something I’ve written!), but it is hard to switch off that analytical part of my brain. I know a story is really good when I’m so swept away by it that I don’t notice little niggles. When things are jarring with me, I always aim to pinpoint why, so I can try not to do them in my own writing.

What’s the difference between editing and proofreading?

Not only are there differences between editing and proofreading, there are also different types of editing. If you’re doing a copy or line edit, you might tweak awkward phrases, suggest more powerful/interesting words, or pick out consistency issues (like a character’s hair changing colour between chapters – though a proofreader might also note this).

Development or structural editing is more top-level, and would look at the book – the plot, character arcs, structure – as a whole. A development editor might suggest deleting entire chapters, or changing the sequence of events, or advise on ways to improve a character.

Proofreading is usually carried out after editing. It’s a thorough check of spelling, punctuation and grammar. Proofreaders won’t typically suggest changes to improve someone’s writing. They look out for typos, ensure that spellings are correct and consistent, and check that pages and chapters run sequentially. They might suggest cuts to deal with overmatter, which is when there is too much text to fit on a page.

These processes often overlap, and will sometimes be carried out simultaneously, by the same person. All editors and publishers have slightly different ways of working.

Which do you prefer and why?

It depends what mood I’m in! Editing allows the writer in me to get more involved. I love helping to improve someone’s writing by making tiny changes. I enjoy analysing the flow and structure of each sentence, picking it apart and deciding whether there’s a more effective way of saying something.

Having said that, as a proofreader it can be hugely satisfying to spot things that wouldn’t be obvious to other people, like a hyphen used instead of an en rule (- versus –, if you want to know the difference), or a double space after a full stop (don’t do it, people!).

What common mistakes do editors look for?

Are any words over-used? Are some types of punctuation – like exclamation marks – over-used? Has the author used the same word twice in the same paragraph or page?

Has the author expressed themselves in the most succinct, effective way? If not, how can I help them to improve without them feeling that I’m interfering too much?

How long does it take to edit or proofread something?

Very much depends on the level of work that needs to be done. As a general rule, I’d say it’s possible to proofread 3,000 words an hour, and to edit 2,000 words an hour. Having said that, a colleague told me it once took her an entire day to edit 7,000 words, so there’s no hard and fast rule.

How do you edit and proofread your own writing?

The answer is, with difficulty. When I’m self-editing, I tend to be pretty harsh with myself. If something’s not working, I try not to be precious, even if I’ve worked long and hard on it.

Proofreading is more of a problem. No matter how good you are, you’ll always read what you think you wrote, not what you did write.

Despite the fact that we tend to mark up proofs digitally now, most editors and proofreaders find it easier to spot mistakes on paper than on screen. I don’t know why. If I’ve written something short,  I’ll often print it out, then I’ll read every word aloud as I edit, to make sure I don’t skim and miss something.

What’s the best part of your job?

I love the creative tasks – brainstorming for plot or cover ideas, the odd small piece of writing, discussing layouts or design features.

Also the fact I get to work with books. I can’t imagine anything I’d rather be doing.