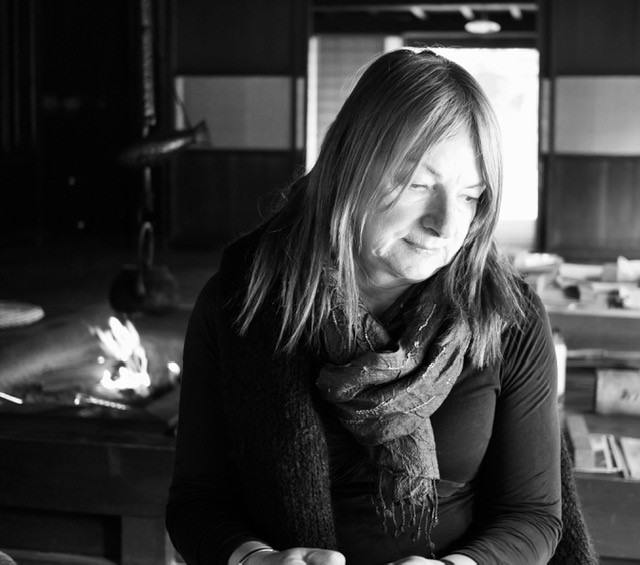 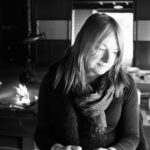 Welcome to Carol McGrath, my guest author today, writing here about medieval gardens to celebrate the publication of The Damask Rose.

I remember a gloriously hot day two summers ago visiting a garden in Winchester with Carol that was inspired by those of Queen Eleanor of Provence and Queen Eleanor of Castile. Carol’s post is a lovely reminder of that day. 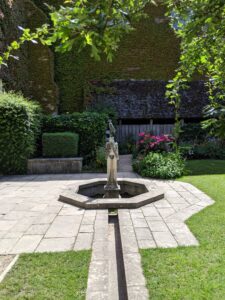 Queen Eleanor of Castile, 1241-1290, the she-wolf queen in The Damask Rose, was considered greedy by contemporaries for her acquisition of property. Not always appreciated was that, as well as being a successful medieval business woman, she was responsible for beautiful Spanish influenced gardens. She added features such as water channels, stone work and fountains to English castle gardens. She introduced pot marigold, Spanish roses, hollyhock and wall flowers into England and encouraged the cultivation of rosemary and lavender, both now a common sight in any garden today. Naturally, to complement the queen’s interests I constructed a romantic secondary plot for The Damask Rose around a gardener and herbalist whom I called Olwen.

Eleanor’s household accounts give us an idea of what the original medieval courtyard garden at Rhuddlan Castle might have been like. She ordered six thousand turfs to be brought by boat to cover a ninety foot trapezoidal courtyard. A well in the garden’s centre had a boarded roof and was situated in one quadrant of the courtyard. The garden’s builders constructed a fish pond lined with four cart loads of clay from nearby marshes. Fencing was created from tun barrels. Seats around the fish pond and elsewhere would have been turfed with little flowers and herbs growing on top. Imagine the lovely smells when one crushed these once seated. 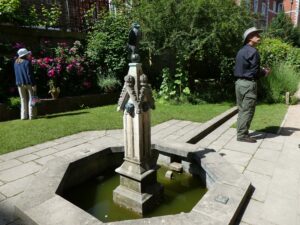 A gate was constructed into the garden and through it a channel with running water kept the fish alive in the fish pond. A tree or a willow arbour would provide shade. A space between the turf seats and fencing allowed trellises for vines and roses to climb. I can imagine Eleanor playing chess in the garden with her ladies. She owned a jasper chess set and was a notable player. 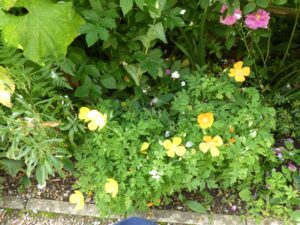 Winchester Castle was embellished with gardens under the instruction of Henry III. He ordered three herbers for the castle. In 1986 they were recreated by the Architect’s Department of Hampshire County Council. The reconstruction was called Queen Eleanor’s Garden for Eleanor of Provence and Eleanor of Castile. The overall theme for the reconstruction was the chivalric quality of fidelity. Scent mattered much to Medievals. Evergreen plants such as holly, bay and ivy have scented foliage. Iris and peony bloomed in May, roses in June and lilies in July. The garden possesses a channel pool and a fountain. Hand-chiselled stone was used for edging, for walls and for stone benches. A stone falcon tops the fountain and faces the door exit. Its eyes are placed at a height intended to stare a person in the face. The relationship of falconer to falcon mirrors that of a knight to his lady. Of course one not worthy could not look the falcon in the eye. In this garden, a small herber possesses an archway using the heraldic device of Eleanor of Castile’s family, purple lion on white and a gold castle on red. 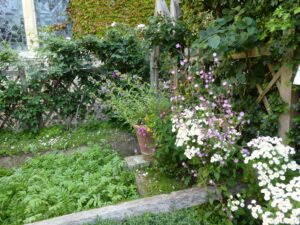 In the Winchester replica garden there is a classic deciduous hedge of hawthorn, sweet briar and honeysuckle. Nestled beneath the roses, one discovers periwinkle, wild strawberries and speedwell. Rue, sage, basil, violet, columbine, lily, rose and Irish combined with fennel, savory, wormwood and hyssop to add scent. Cottage garden plants were mostly available then as now, especially the red and white rose, Madonna lilies, flag irises, peonies and columbines. Wall flowers and Heartsease (pansies) were also popular in gardens during this era, the thirteenth century. Rosa Gallica, the emblem of Eleanor of Provence and Rose Alba both clothe the sides of a tunnel arbour in the Winchester garden. Beautiful vines have been grown between the roses. It is a truly lovely medieval garden and I certainly recommend a visit.

Discover more about gardens and Eleanor of Castile in my new novel, The Damask Rose, published by Headline, on 15thApril. 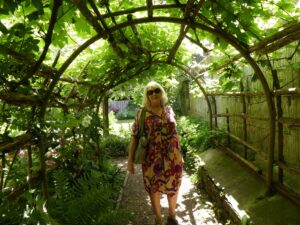 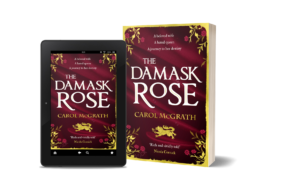 To read my review of The Damask Rose click here