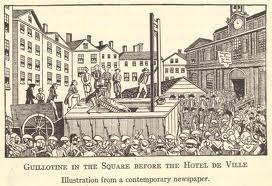 This  post is part of a series started by Debra Brown and passed to me by Deborah Swift who used to work in the theatre as a set and costume designer.She is the author of three novels set in the 17th century, The Lady’s Slipper, The Gilded Lily, and A Divided Inheritance. She lives in the north of England in a small village that dates back to the Domesday Book. http://deborahswift.blogspot.co.uk/2014/04/histfic-meet-my-main-character-lady.html

The posts are designed to allow readers to gain an insight into what authors are working on at the moment. I’ve just completed the first draft of The Chateau on the Lake set at the time of the French Revolution and I’d like you to meet my main character. #histfic

What is the name of your character?

The heroine of my current work in progress is twenty-two year old Madeleine Moreau. Her mother is English but her father is French and she speaks the language fluently.

When and where is the story set?

The story opens in 1792 in Madeleine’s family home in London’s Soho Square. Later, Madeleine travels to revolutionary France and is subsequently trapped in the country when France declares war on England.

What should we know about Madeleine Moreau?

Madeleine regularly meets her bluestocking friends at Lady Georgiana Woodhouse’s literary salon and takes a keen interest in the political events of the French Revolution. She has little time for the aristocratic emigrés and is firm in her opinion that the peasantry must be freed from the yoke of servitude.

What is the main conflict she must face?

When war is declared, Comte Etienne d’Aubery gives Madeleine shelter in his chateau. When she begins to fall in love with him she must overcome her prejudices, not only about the aristocracy but about France where the political reality is very different from her preconceptions.

When will The Chateau on the Lake be published?

Piatkus will publish this novel in November 2014.

Now I need to pass the baton on to these lovely novelists:

Pippa Croft is the pen name of an award-winning romantic novelist, Phillipa Ashley. After studying English at Oxford, she worked as a copywriter and journalist before writing her debut novel, which won the RNA’s New Writers’ award and was later made into a TV movie. She lives in a village in the heart of England with her husband and daughter.