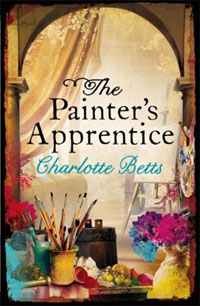 I’m always interested to discover how other authors go about writing their novels so I was delighted when historical novelist, Jenny Barden, invited me to join her on this blog tour to describe how my writing process works for me.

Jenny has four children and lives on a farm in Dorset with her husband and an ever-increasing assortment of animals. Jenny is currently working on her third Elizabethan novel, The Queen’s Lady and you can read about her writing process questions and answers on her website:  www.jennybarden.com

So here are my answers to the writing process questions:

What am I working on? 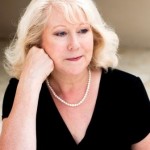 I’ve just submitted to my editor the first draft of The Chateau on the Lake, which is set in England and France during the French Revolution. Here is a brief synopsis:

After her mother and French father are brutally murdered, bluestocking Madeleine Moreau flees to France in search of relatives she hadn’t known existed. When France declares war on England it becomes unsafe to return and Comte Etienne d’Aubery offers her shelter in his chateau. Impulsive and self-opinionated, Madeleine favours the people’s revolution in France but her views are shaken after she witnesses Louis XVI’s death by the guillotine. The revolution gathers momentum and as passions of the populace are enflamed, Madeleine sets off on a dangerous race against time to save the man she loves.

Researching the French Revolution has been fascinating because the historical events are so complicated. There’s much more to the Revolution than simply the peasants revolting against the aristocracy and beheading Marie Antoinette because she said, ‘Let them eat cake.’  (She didn’t actually say that!)

Of course, while I’m waiting for my editor’s comments and suggestions for revisions on the first draft, I’m busy gathering ideas for a plot for the next novel, which will also be set in the eighteenth century.

How does my work differ from others of its genre? 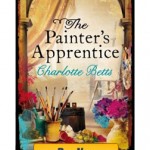 I’ve been a designer for most of my working life but now I paint with words. Readers often tell me that what they like about my writing is the rich detail, which makes them feel as if they have been transported to that time and place. It’s important to me to use all the senses to bring the scene alive and I need to be able to imagine the scene as clearly as if I were looking at a film. I watch my imaginary movie, rewinding if something is unclear, until it all feels real. Once I’ve reached that point I write what I see in my mind’s eye.

Whilst researching, I look for original sources where possible, to bring authenticity to my writing. Then I weave the lives of my fictional characters though an accurate historical timeline. If I possibly can, I’ll visit the locations I use in the book and imagine the place with all the modern elements stripped away. Sitting quietly, I’ll  visualise my characters and timagine the location though their eyes.

Why do I write what I do? 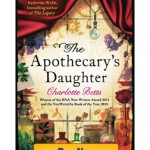 Although I found history lessons at school were very dull, I’ve always had a keen interest in the way people lived in the past.

I wrote six contemporary novels before I wrote The Apothecary’s Daughter, set in Restoration London, which was not only my first historical novel but also my first published novel. I realised then that I had found my niche .

I read Pepys’ Diary as part of my research and he gives a marvellous insight into London of the 1660’s. It’s a huge buzz to learn something new about our history with each novel that I write.

How does my writing process work? 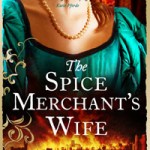 I daydream a lot! This is an essential part of the process, as important as asking myself, ‘What if?’ while I imagine different scenarios. Once I have the germ of an idea, whether it be for a plot, a character or a setting, I scribble it down in a notebook that never leaves my side for the next few weeks. Like Jenny Barden, I find walking the dog is a marvellous way to lose myself in my story and to ‘talk’ to my characters until I know them as well as myself.

When the skeleton plot has become clearer, then I move to the laptop and transfer the notes into a list. Meanwhile, I start a Character Grid and write a brief bio and a list of physical characteristics and goals for each character.

The next stage is to research and set out in date order the list of historical events that will form the background setting. After this I weave the main scenes of my love story through this. I only use a small part of my research but I have to be confident that I know enough about a particular subject before I begin to write about it.

The final step is to write a ten page outline, including all the subplots, so that I can see where there are plot holes. Once this is complete I have my ‘road map’ to lead me through writing the story to the end.

Here are the writers who will be joining me on the ‘blog hop’ next week. (28th  April)

Deborah Swift used to work in the theatre as a set and costume designer.She is the author of three novels set in the 17th century, The Lady’s Slipper, The Gilded Lily, and A Divided Inheritance. She lives in the north of England in a small village that dates back to the Domesday Book.  http://riddleofwriting.deborahswift.com/

Kate Lord Brown is the author of The Beauty Chorus and The Perfume Garden, which was shortlisted for Romantic Novel of the Year. She also writes the Ahlan! magazine Book Club column, the first of its kind in the Middle East, and lives in the only true desert country in the world with her family.www.katelordbrown.com  http://katelordbrown.blogspot.co.uk/