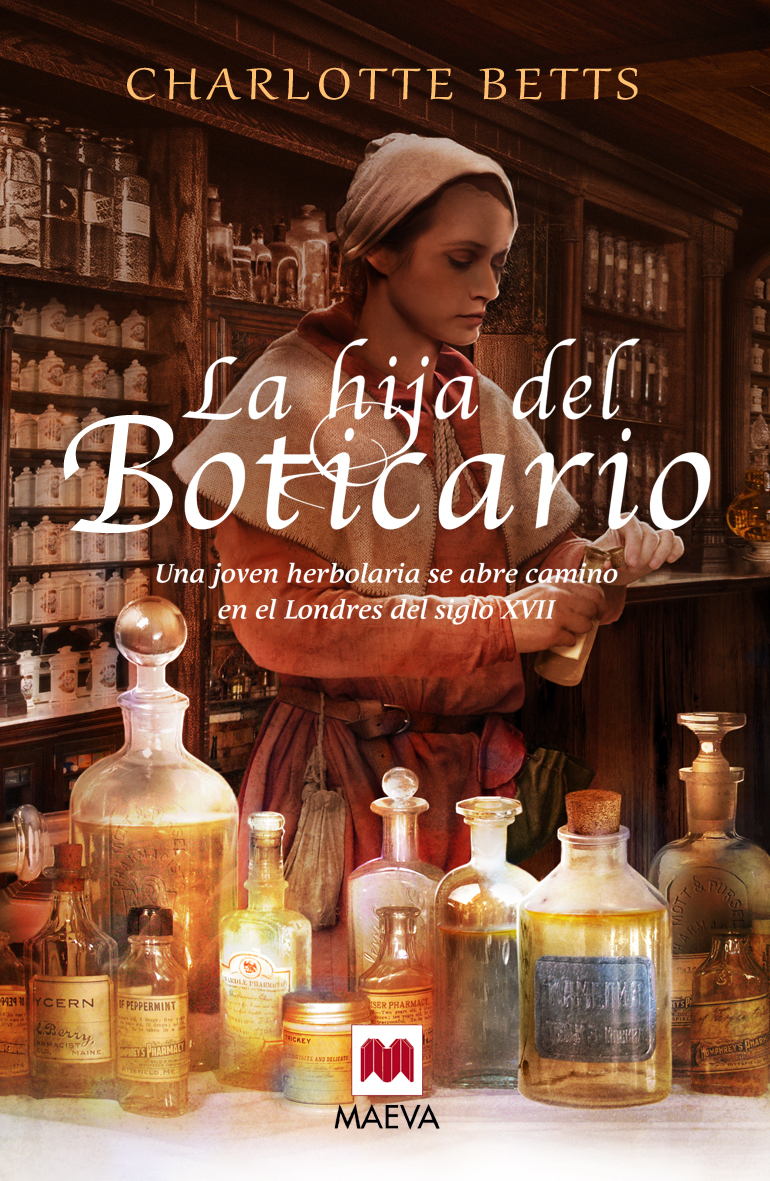 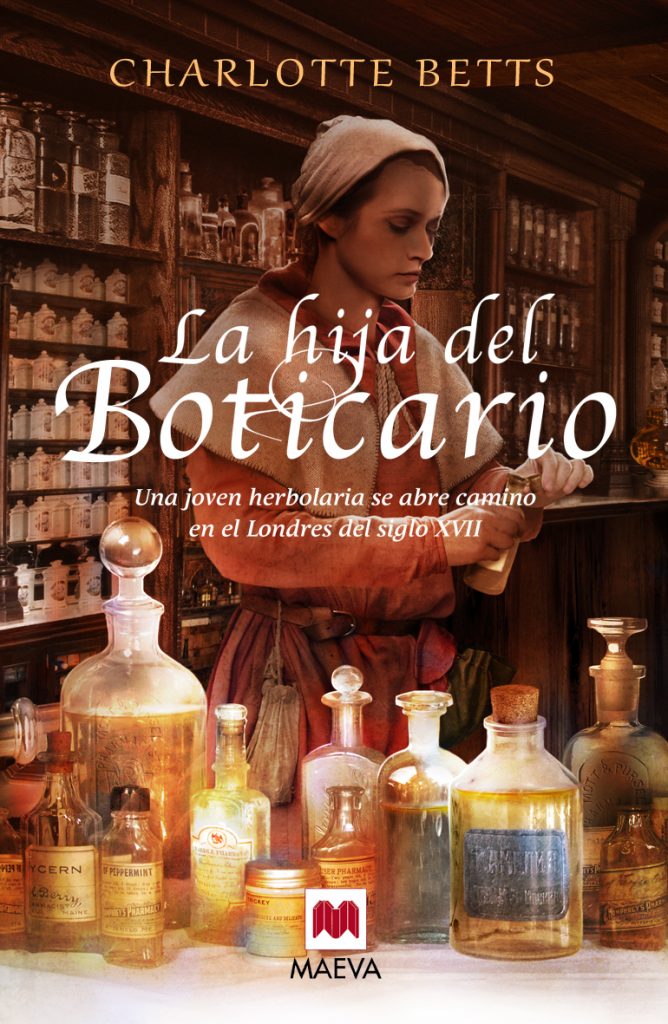 First off, Charlotte, we’d like to get to know you better as a writer: what inspires you?

It’s hard to be precise because inspiration comes from many places; reading a newspaper, hearing a family story, a girl in a red hat hurrying by, an overheard conversation, a sonnet by Shakespeare … The magic happens when you combine several different elements and ask ‘What if …’ Suddenly you have the beginnings of a story.

I live in seventeenth century cottage in the woods and walking my dog, Hattie, in the peaceful countryside that surrounds my home often brings me inspiration. Hattie is very good at listening while I mull over plot problems as we walk!

In your opinion, what makes your writing voice distinct and unique?

I always imagine the story I am writing is going to be made into a film and picture it in my head as if on a cinema screen. Somehow this helps me to see if the story is working.

Readers tell me that what they like most about my writing is the level of historical and sensual detail that brings the settings and characters to life. They often say, ‘I forgot I was reading. I thought I was there!’

What authors and books do you admire most?

I admire the writing of Tracy Chevalier, Sarah Waters, Robbert Goddard, Joanne Harris and Philippa Gregory and others too numerous to mention!

I love to read, not only historical fiction, but a good mystery or sometimes even science fiction. What works for me is any book, fiction or non-fiction, that takes me to different places and shows me new worlds. For me, the whole point of reading is to relax and escape. 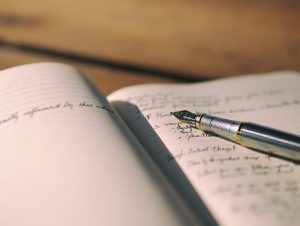 When did you realize you wanted to become a writer?

Surprisingly late in life. My husband and I have five children and I had my own business designing hotel interiors. I frequently travelled overseas so I never had much spare time. I’ve always had my nose in a book and one day, after most of the children had grown up and left home, I was choosing a book from the library and I thought, ‘I could write something like this!’ In fact it took eleven years and seven contemporary novels before my first historical novel, The Apothecary’s Daughter (La Hija del Boticario) was published.

People say writers always leave parts of themselves in their novels; what did you leave in this one?

As a writer I cannot help but use my own emotions and experiences of life to bring color and resonance to my stories. Of course, I never use exact situations but I do conjure up memories of times I was very sad or happy and write scenes through my character’s eyes while I hold onto that memory. In La Hija del Boticario I remembered how it felt to be expecting a baby, what it was like to be in love for the first time and how frightening it can be when events are outside your control.

What was your reaction when Maeva bought the rights to your novel, and what do you think being published in Spain it will mean to your career?

I was so excited to hear that Maeva would publish my novel! It’s a fantastic opportunity for my writing to reach a wider audience. My novels already have fans in several different parts of the world and it’s so interesting when they email me with their views. Although La Hija del Boticario was initially written for the UK market, the fears and joys of my characters are universal emotions and will find resonance in many countries. I do wish that I knew Spanish, though, as I’d love to read the translation. 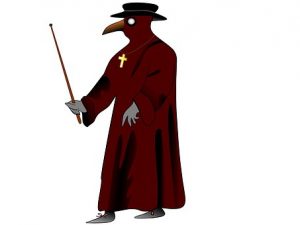 The protagonist, Susannah, is a young apothecary caught in the throes of the plague. What traits do you share with her?

To some extent, all my heroines reflect different facets of my character. Like Susannah, I had a happy childhood but later things weren’t always so easy. The interesting thing is how a woman often doesn’t know how strong she is until she is tested. The heroines in all my novels grow and change during the course of the story. I can be very determined, too!

Is she a fighter, well ahead of her times, looking for a future for herself?

Susannah is definitely a fighter and she never gives up. She is also ahead of her time in seeking a career. Unmarried women were so constrained in the seventeenth century but most women today would not find it inspiring to read about a heroine who always does as she is told by the men in her life. I hope you will agree that I have found a credible way forward for Susannah to have the life she wants.

What has the portrayal of the time period been like?

I always love researching a new novel and make great efforts to be sure that my settings and historical time frame is accurate. I particularly enjoy reading primary sources written by those who were there. Samuel Pepys’s diary was invaluable in capturing the spirit of the time. He was funny, adulterous, clever, rude, selfish and observant. His writing brought alive for me the terror of the plague and the Great Fire of London. I feel I know London well in the seventeenth century even though not so well in the twenty-first century!

What can you tell us about your research? Of all the things you found out about the plague, which was the most surprising?

Very recently I heard that the plague wasn’t spread by black rats, at all, but by gerbils! I don’t know if this is true. There are different kinds of plague and one variety was spread by sneezing. At the time it was thought that the plague was spread by the ‘evil miasma’ rising from the Thames. No doubt the river did smell terrible, particularly in the summer, but it didn’t spread the plague. I found an illustration of a doctor wearing a beaked plague mask stuffed with herbs, like the one Dr Ambrose wears in the story. I can’t imagine how uncomfortable this must have been! 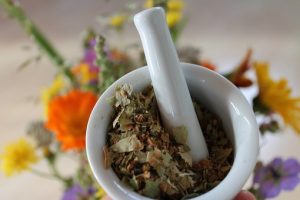 What opinions have readers shared with you after this journey through medicinal plants and ancient medicine?

Many readers have been fascinated by the herbal cures mentioned in La Hija del Boticario, though few have ventured any opinions except that they are glad not to have to treat the plague with only a handful of herbs.

Nowadays, so called “natural medicine” has once again become a trend. Even if your book is set in 1665, do you feel it shares some common ground with the current times?

There is a resurgence of interest in herbal medicine, though it is often used now as a support to modern medicine and treatments. I don’t recommend using herbs medicinally unless you are sure what you are doing, since some can be poisonous. Foxgloves, for example, look so pretty but contain digitalis, which is used in modern heart medicine and may be fatal in an incorrect dosage. Of course, lotions and potions such as Arnica gel for bruises, purchased from reputable health care shops, will have been tested and are safe to use.

In this fast-moving modern world, I believe there is something soothing about using ‘natural’ or herbal medicines to heal minor ailments. 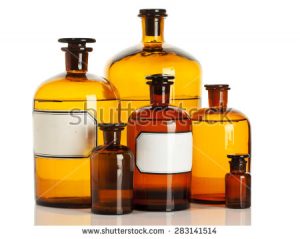 Thank you for interviewing me and I hope that the Spanish readers of La Hija del Boticario will enjoy reading the story as much as I enjoyed writing it.