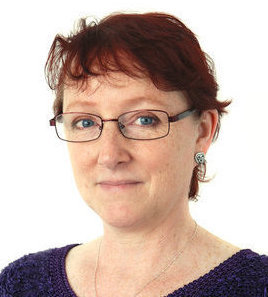 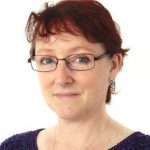 Today, I’d like to welcome Terri Nixon, author of A Cornish Inheritance and A Cornish Promise to my website.

Terri, tell me a little about yourself and your journey to publication. Has being published lived up to all your expectations?

Thanks so much for inviting me to talk to you and your readers.

My path to publication has been a long one, beginning with my first novel submission back in the early 90s. Although in the early noughties I did contribute to some short story collections, some of which were released by small press publications in paperback.

But my first novel (Maid of Oaklands Manor) was published as a result of winning a competition I nearly didn’t enter, and had then decided to, with about an hour to spare, but submitted the wrong synopsis… and then almost missing the communication from the competition organiser, telling me I’d won and asking me to get in touch. Bit of a miracle, really!

Being published has been quite the revelation! I think, like most unpublished writers I sort of expected far more in the way of a change of lifestyle. Not just financially, but also in my own vision of myself as a “real writer now.” The reality is just as intense, but in a different way. Every now and again I get that tight little thrill, as I realise people are reading my work, and that characters, places, and things that have never before existed, anywhere, now live in those people’s heads. I’ve created a whole geography and history that feels as real to other people as it has felt to me. Financially things haven’t changed much, though!

What is it about Cornwall that makes it an enduringly popular setting for novels? How important is a sense of place in a novel?

For me personally, a sense of place is vital. I tend to write stories that focus on family and relationships, and the location of these relationships directly affects the way these play out. Whether it’s a town, or a hamlet, or the middle of nowhere, my characters draw on their surroundings and are often at the mercy of them.

Cornwall seems to have become increasingly popular in recent years, for a lot of writers, but, having grown up there, it’s just embedded in my storytelling history. My love of writing was really born there, messing around on the moors and in rivers and woods, and I suppose anyone who’s visited or travelled, or re-located to Cornwall, will get that same sense of endless possibility. It has everything a writer might need: mystery, history, a sense of the mythical, and absolutely glorious coastal and moorland scenery. It can be either bleak or richly beautiful, and, above all, potentially very, very dangerous. What more do you need?!

If A Cornish Inheritance was to be made into a film, who would you cast for the main roles? 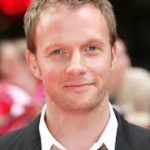 Rupert Penry-Jones would make a great Adam Coleridge, he’s got that half- refined but slightly roguish look! 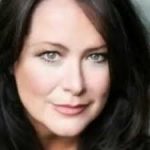 In my head, Helen Fox was always a bit like Amy Robbins. She has a sweetness and approachability about her, but is very determined 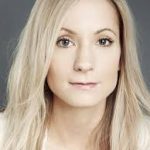 Leah Marshall is another kettle of fish altogether! Glamorous, and chameleon-like, she could be anyone she wanted to be. I think Joanne Froggatt would do a marvellous job.

Do you have a favourite place to write? Can you write anywhere or do you prefer to sit at your usual desk?

I’ve always worked best in my home, at my desk – wherever that desk happened to be. Even when it was a wobbly card table with my laptop balanced on it, and me perched on the edge of my sofa, it worked for me! Now I’ve got an office, all set up with a proper desk so I can use my second monitor as well. I’d give it up in a heartbeat, for it to become my son’s bedroom again, but since he’s moved on I’m making the most of it!

I find my home a deeply peaceful place. I’m surrounded by my research books, and lots of little knick-knacks that help me to visualise and describe things I’m writing about, such as this lovely 1811 Cornish penny, which features in the new Fox Bay book, A Cornish Promise.

How do you set about writing your novels? Do characters or plot come first?

I actually have no idea! Usually the place, I think, then the characters – although they often arrive simultaneously, and not fully developed. The plot is always some vague, misty thing in the background somewhere, with one or two elements I know I want to include. The characters tend to reveal the story as they develop, and the story will change a dozen times during the writing of it – rarely have I submitted an outline that bears more than a passing resemblance to the finished book!

Do you ever suffer from Writers’ Block? If so, what helps you to move on?

I’ve never had serious writers’ block, as in, not being able to write anything for months, or even years, as I’ve heard other people have struggled with. I have times where I’m stuck on a certain plot point, and I think it’d be astonishing if any writer can say they’ve never had that! But I’ve been extremely lucky from the point of view of always having something I can turn to that has re-ignited my love of creating situations and characters. I write in several different genres, perhaps that helps keep my interest fresh. And when I’ve reached a boggy part of a novel, where I seem to be writing myself into a corner, I sometimes write a short story about it instead, and often that frees up my imagination a bit so I can think around the problem.

What do you enjoy reading for pleasure?

My favourites, when it comes to reading are: Stephen King – especially the old ones I’ve loved since I was about 11, and PG Wodehouse, who can always make me smile, and wish I were in his stories! I also enjoy a bit of Walter Scott, and will often turn to Terry Pratchett too, when I find myself unable to settle on a particular book.

What are three things you’d like your readers to know about you?

There’s only one important thing really, and that’s how much I appreciate that, out of the millions of other books out there vying for space on their shelf or their Kindle, and whether through obligation or preference, they are taking time out of their lives to read my work. I can’t emphasise enough how humbling that is… And how exciting! I love to introduce people to my characters, and hope that when they’ve met them they feel they’ve made new friends. Or, you know, people they’d like to push off a cliff… but mostly friends!

Is there another genre you’d like to write? If so, do you already have a story in mind?

I’m actually embarking on a new path at this moment; writing crime thrillers as R.D. Nixon. I have the first book in a three-part series coming out next year with Hobeck Books; it’s called Crossfire, and it combines my love of creating complex characters, and my original, pre-publication writing style, which was fast-paced action thrillers. I can’t wait to share it!

Coffee or tea? Cheese or chocolate?

Coffee for me, every time. And definitely CHEESE! In fact, I’m off to get some now…

Thank you Terri for being my guest author today. It’s always fascinating to find out how other authors work and find their inspiration.

Below is the cover of the just-published A Cornish Promise, #2 if the Fox Bay series. You can see my review of A Cornish Inheritance, the first of the series if you CLICK HERE 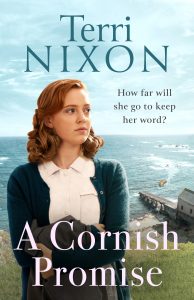