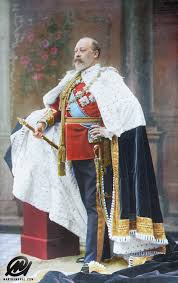 ‘I don’t mind praying to the Eternal Father but I must be the only man in the country afflicted with an eternal mother.’ Edward VII as the Prince of Wales

Queen Victoria died on the 22ndJanuary 1901 at her beloved Osborne House on the Isle of Wight. She had been queen for sixty-four years – until then, the longest reign in history. The future king, the Prince of Wales, spent a large part of his life waiting in the wings to be king. The eldest son of Queen Victoria and Prince Albert, he was known by his family and friends as Bertie and married Princess Alexandra of Denmark in 1863. The Prince of Wales passed his time enjoying good food and wine, racing, gambling and women. Forbidden by his mother to meddle in state affairs, the playboy prince shocked the Queen by his scandalous affairs, even being cited in two divorce cases.

In 1838, Queen Victoria’s coronation had been an unrehearsed and unexciting event but her Golden and Diamond Jubilees raised the public’s expectations that Edward VIIs coronation would be worthy of the nation’s status as a great imperial power. An Executive Coronation Committee was formed and Viscount Esher worked closely with the King to ensure the coronation at Westminster Abbey would be not only a religious event but an outstanding spectacle reflecting the influence of the Empire. The event was planned for the 26thJune 1902 and important guests and heads of estate were invited from all over the world. 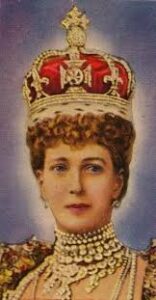 On the 23rdof June, fifty-nine year old Edward and his wife Alexandra returned from Windsor Castle to Buckingham Palace. Journalists noted that he looked worn and pale and leaned heavily on his cane. That evening, the King and Queen hosted a formal dinner for seventy guests. The next day, an official telegram was circulated around the world stating that the coronation was postponed and the King was undergoing an emergency operation for a stomach abscess. The operation was performed on the Music Room table at Buckingham Palace and the following morning the King was reported to be smoking cigars in bed!

A service of intercession was held at St Paul’s cathedral on the 26th June and attended by many of the dignitaries who had been invited to the coronation. The stands that had been erected beside the coronation procession route were dismantled and many people who had rented houses and rooms providing a good view along the route, demanded a refund. 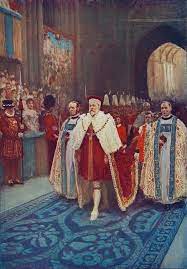 The King recovered from his operation and a new date was set for the coronation on the 9th August. Unfortunately, most of the foreign heads of state had returned home already and had to be replaced by their countries’ ambassadors. The procession to Westminster Abbey consisted of 30,000 men, over 2,000 of whom were Dominion and Indian troops.

The ceremony went ahead largely as planned but the elderly and almost blind Archbishop of Canterbury had the prayers written in giant text on ‘prompt scrolls’ but, unfortunately, still misread some of them. At the moment of crowning, he almost dropped the crown and placed it backwards upon the monarch’s head. Alexandra was crowned immediately after her husband with a new crown containing the Koh-i-Noor diamond.

After the ceremony, a second procession, which had been planned for the following day, was postponed until September due to the King’s health. Celebrations in the form of tea parties, processions and dinners continued all over the country.

Although the King recovered from his operation, he subsequently died after a short illness on the 6th May 1910. He is buried in St George’s Chapel in Windsor.