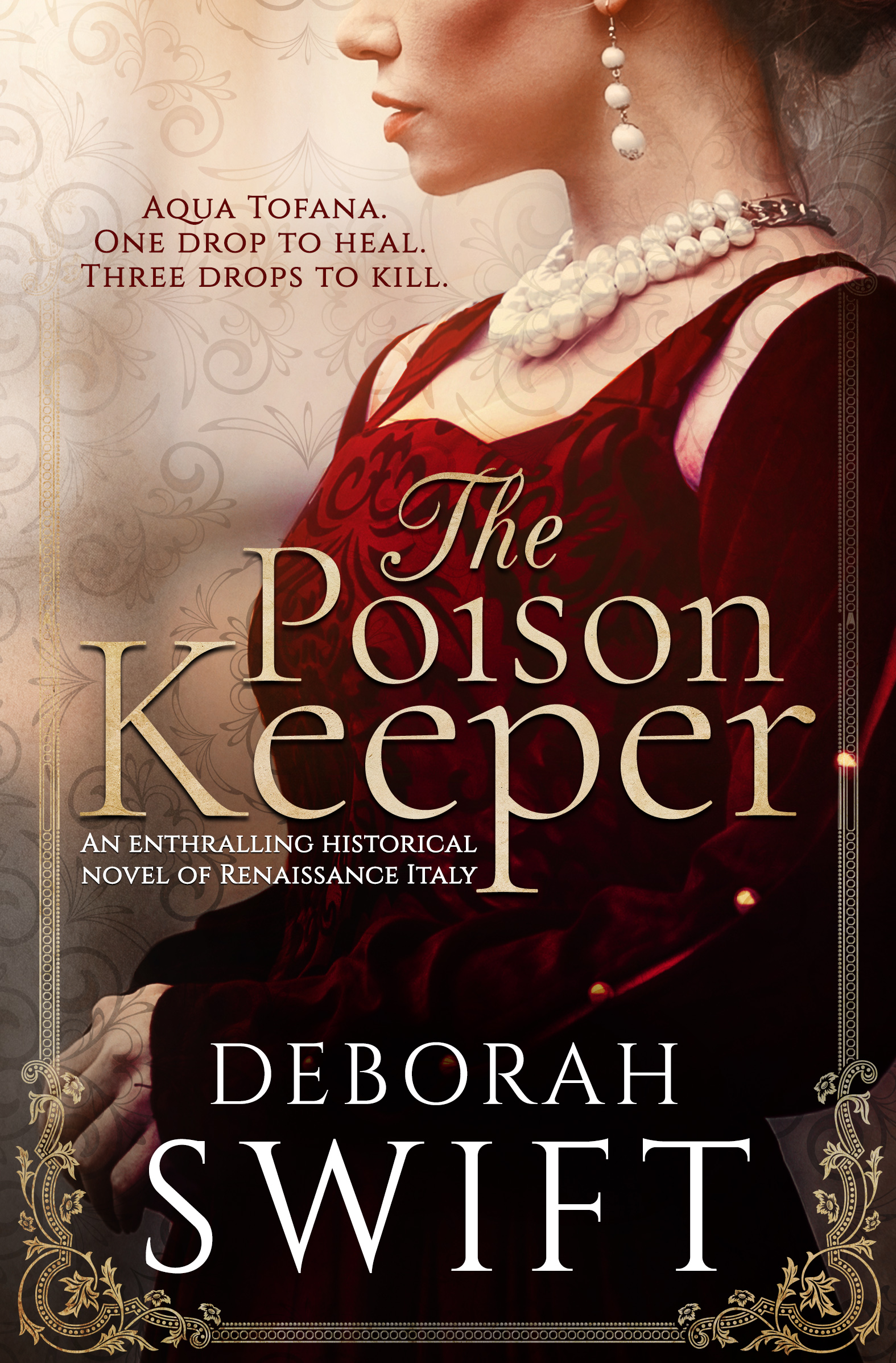 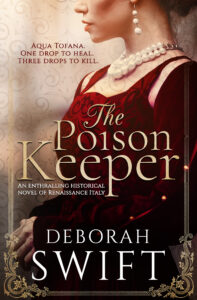 I was completely swept away into the shadowy and dangerous world of Giulia Tofano in Renaissance Italy. Giulia has grown up in her mother’s apothecary shop in Palermo and longs to learn the closely-guarded secrets of her mother’s trade. Her peaceful life is blown to pieces when her mother is arrested and subsequently executed, for providing Aqua Morta to the wife of the Duke de Verdi.

The duke suffers but survives and his wife then disappears in suspicious circumstances. Giulia vows to revenge herself on the man who killed her mother in a cruel fashion. She flees, taking with her the book of her mother’s stillroom recipes, to the house of her estranged aunt in Naples. There she discovers Aunt Isabetta is a famous courtesan. This is not the life Giulia had imagined for herself. Even worse, the Duke de Verdi’s brother Domenico terrorises Naples with mercenaries who enforce his violent protection racket.

Giulia discovers her mother’s stillroom recipes include poisonous ‘inheritance powders’ that she supplied to women who were maltreated by their husbands. Meanwhile, the Duke de Verdi arrives in Naples to search for the daughter of the woman who poisoned him, and also to assist his brother to enforce his empire. Domenico, frequents Isabetta’s bordello and she insists Giulia ‘entertain’ him.

Giulia runs away and, with the help of one of her aunt’s clients, sets up her own shop, using her mother’s recipes for perfumes and simples for minor illnesses. Domenico’s young wife Agnese visits her. Regularly and horribly abused for the sin of being a woman, she begs for a potion to kill her husband. Giulia struggles with the ethics of poisoning powerful and violent men, who cause such misery for so many, against the fear of eternal damnation. She now understands why her mother had protected her from the dark arts of her trade.

I absolutely loved this beautifully written story. The characters are fully-formed and realistic. The author’s meticulously researched details are conveyed with so light a touch a reader is immediately transported to another place and time, almost as if they are watching a film. I cannot wait to read the next book in the series!