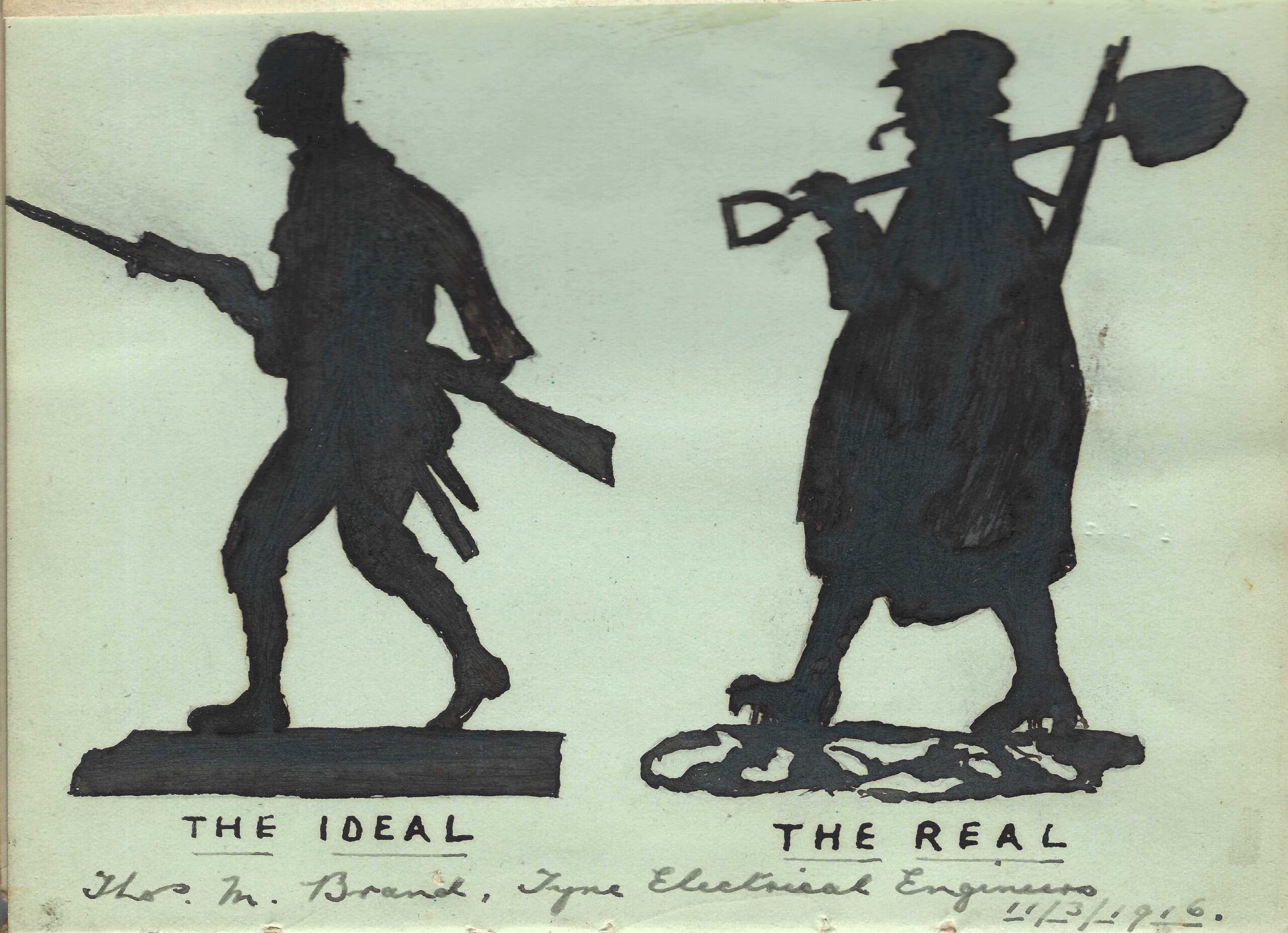 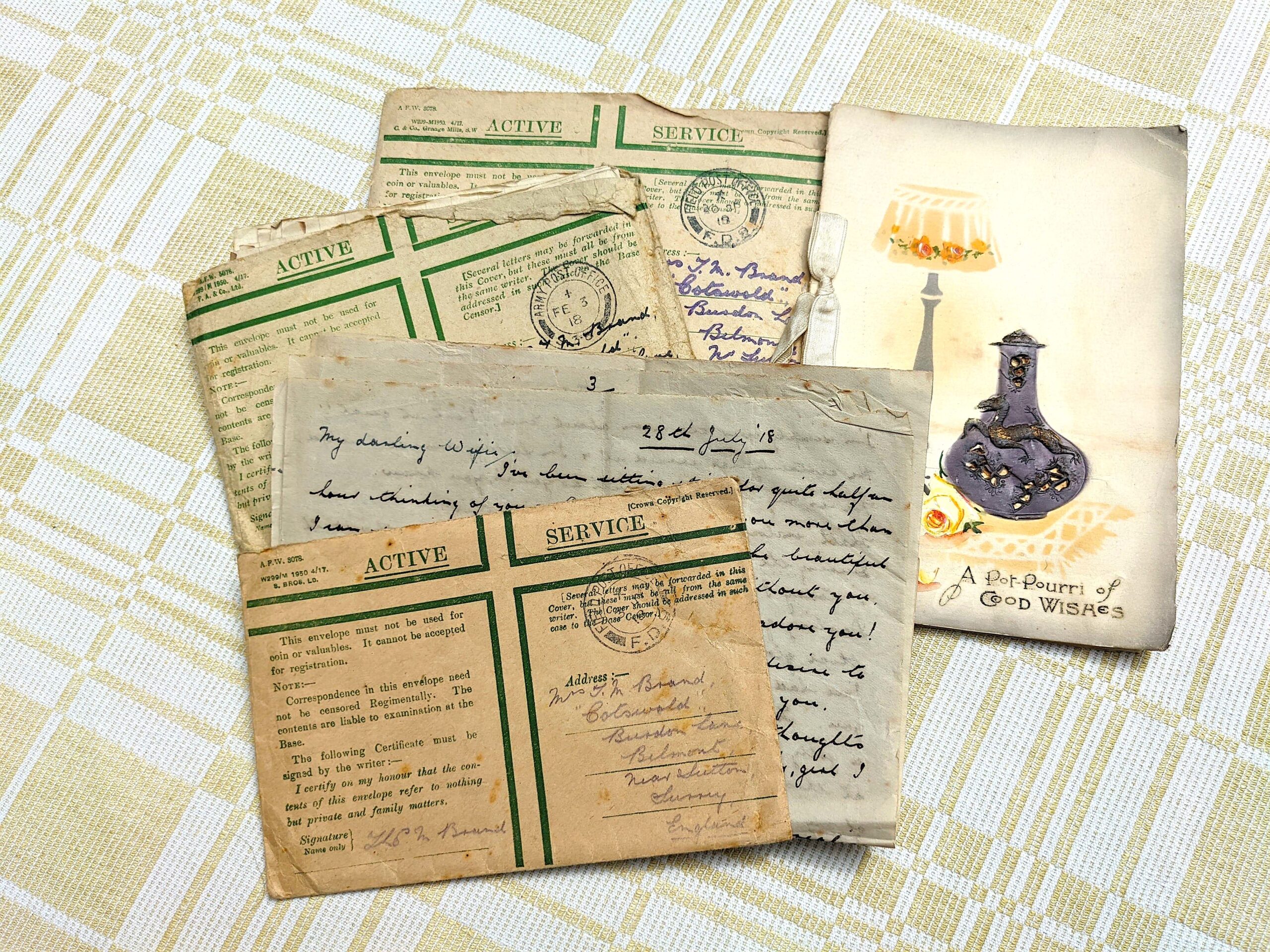 I first became interested in how the postal service operated during the Great War when I came into possession of a handful of letters written by my grandfather Tom to my grandmother in 1918, soon after they were married. There is something very special about holding a letter written at the battlefront. I marvelled at the logistics of dealing with the sheer volume of wartime letters, each one so important to both the sender and the receiver. To read about my grandfather Tom’s war click here

The General Post Office employed over 250,000 people and, when war broke out in 1914, it was the largest single employer in the world. More than 75,000 Post Office workers left the Post Office to enlist, around 12,000 of them joining the Post Office Rifles, the 8th Battalion of the London Regiment.

The Western Front became a bloody theatre of war and the Post Office Rifles were involved in many of the major battles on the western Front, such as Ypres, the Somme and Passchendaele. The troops on the frontline were far away from home and letters from their families were of vital importance to the men’s morale. These letters were considered as important as deliveries of rations and ammunition. 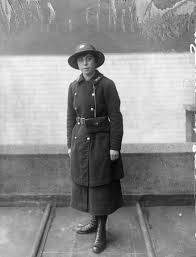 One of the greatest changes to society during the war was the role of women in society. Before the war, women had to resign from their jobs when they married but the ‘marriage bar’ was lifted in 1914, though reinstated at the end of the war. Single and married women, stepped in to fill the huge numbers of Post Office vacancies and, by 1916, over 35,000 women were employed for the duration. The female postal employees worked in the sorting offices, as telegraph messengers and delivering mail. 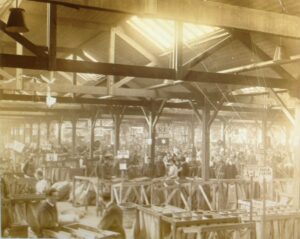 At its peak during the war, the postal service handled an extra 12 million letters and a million parcels for soldiers each week.

All mail for troops at the Western Front was sorted at the London Home Depot. A temporary wooden sorting office covering five acres, was erected in Regent’s Park to cope with the huge increase in mail. By 1918, 2,500 members of staff were employed there, mostly female. The Home Depot handled over 2 billion letters and 114 million parcels. The Post Office also delivered mail, free, to prisoners in prisoner of war camps.

On the Western Front, many soldiers had friends and family members fighting at different places on the frontline.

In December 1914, an internal military postal system was formed. Carrier pigeons were often used to deliver the letters and postcards. This was a risky business for a pigeon as soldiers on both sides of the conflict would shoot them down, hoping to intercept classified enemy information.

The Post Office played a vital role during the Great War, boosting morale by keeping loved ones in contact with each other as well as keeping open the lines of communication between military operations.

On a more personal level, I can only imagine how my grandparents’ loving letters to each other supported them during those dark days of the Great War. 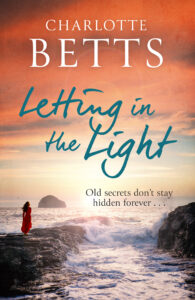