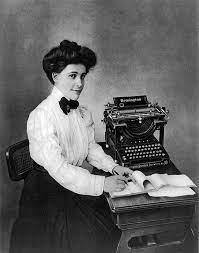 The end of the 19thcentury was a time of change. Science, art, politics and society were reshaped by emerging new theories and challenges to tradition. One of the more dramatic changes was to the increasing opportunities becoming available to women in a world dominated by men. Once education and employment prospects for women improved, marriage was not the only choice available to secure a woman’s financial security.

The first women’s colleges at Oxford and Cambridge were founded in the 1860s and 1870s but, although women were able to attend lectures, Cambridge didn’t award any degrees to women until 1948. The University of London, however, had awarded degrees to female students from 1878. In 1865 Elizabeth Garret Anderson was the first woman in Britain to qualify as a physician and surgeon but no hospital would admit her as a doctor. From the male viewpoint, the tradition of women undertaking sick room duties was one thing  but diagnosing and curing patients was quite another. By 1914 there were a thousand female doctors but they had to fight against male prejudice, even when doctors were desperately needed during the Great War. 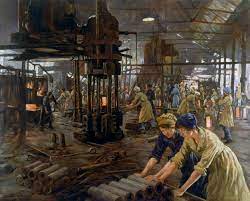 Women from poor families had always worked, whether labouring in the fields or the factories and mills but conditions were appalling and the wages low. Middle-class and upper-class women were expected to be ‘the Angel in the House’, as epitomised in Coventry Patmore’s poem of that name. The upbringing of a middle-class girl was an apprenticeship for marriage. Society required her to be a devoted wife and mother and it was acceptable for her to support her husband’s advancement by acting as his hostess or to be involved in ‘good works’ through the church. This included Sunday school teaching, social work, fund raising and missionary support activities but rarely did it include any leadership role.

The rapid expansion of the school system began to offer middle-class women opportunities to teach. Florence Nightingale had paved the way for an emerging nursing profession. Women also found work as sales assistants in shops and, with the invention of the telephone, as telephonists. The sewing machine became readily available and allowed some women to work from home, either as dressmakers or piece-workers. To read another post on the history of the domestic sewing machine, click here 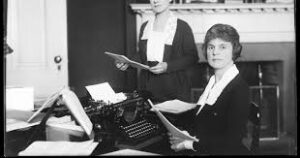 Scientific efforts to analyse the female character concluded that women were more patient and willing to please than men – exactly the qualities required for the routine, menial office work that men avoided. In the mid 1870s, the development of the mass-produced Remington typewriter aided genteel employment for lower-middle-class girls. In 1861 there had been less than five hundred female clerical workers but by 1911 there were 140,000. Most were shorthand typists, who were paid less than men performing similar tasks. Women were allowed to do routine book-keeping but not to audit the books since accountancy was a male profession. 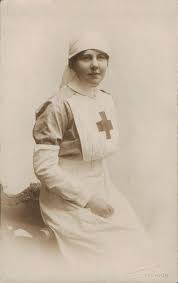 In 1914, the Great War came to the Home Front. Men were fighting overseas and women picked up the baton to keep the home fires burning. Women rose to the challenge magnificently, not only in keeping the household going but in making munitions, nursing, clerical work, driving ambulances and buses. They joined the services, drove tractors in the fields, assisted behind the lines at the battlefields, delivered coal and post and worked in the shipyards. Women discovered there were few ‘male’ jobs that they couldn’t do if they turned their mind to it. When the men that hadn’t been killed returned home, however, they wanted their old jobs back and women were returned to the kitchen and nursery. 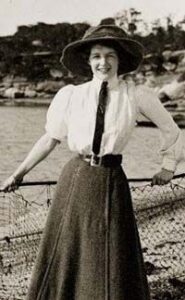 But something had changed. Many women had developed new confidence in their abilities and, though some were happy to return to a traditional female role, others had lost their opportunity to marry. There simply weren’t enough men to go around and there was no going back. It was still a battle but the door had opened for the New Woman to have more agency over her life and she bravely stepped out into the working world.