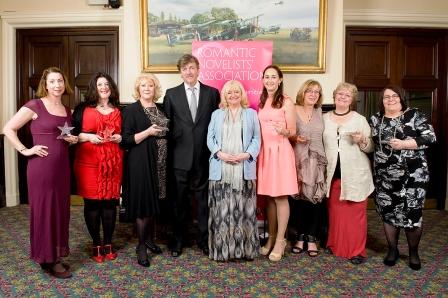 I was absolutely delighted when it was announced at the Romantic Novelists’ Association RoNA awards ceremony at the Royal Airforce Club in Piccadilly last night that The Apothecary’s Daughter had won the Historical Romantic Novel category. Some wonderful novels were shortlisted for the RoNAs and I was proud that The Apothecary’s Daughter was amongst them.

It’s hard work writing a novel, especially when you also work full time. All those hours tapping away night after night when I’d rather be watching telly, all the times I got up at 5am to write a page or two before going to the office and all those weekends racing to meet a deadline, well, now I know it was worth it.

So a very big thank you to all the readers who loved The Apothecary’s Daughter. You made it all worthwhile. 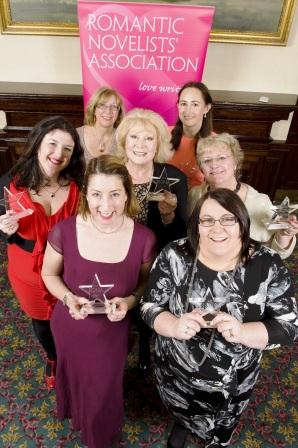 Judy Finnigan and Richard Madeley announced the five category winners who will contest the prestigious Romantic Novel of the Year during a glittering reception in London. The winning novels will now be read and judged by five independent industry experts, and the overall winner will be revealed at the Romantic Novelists’ Association’s (RNA) Summer Party on 16 May 2013.Annie Ashurst, current RNA Chair, told the capacity gathering of some 250 romantic fiction authors, publishers and guests how proud the Association was of its finalists and winners.”Tonight we are here to celebrate the success of our brightest stars. We are proud of their talent, tenacity and dedication to their craft. It is a lonely thing to write a novel, and to keep on going even as doubts set in – as they do with us all. Our Awards give us an opportunity to publicly recognising the enjoyment you bring to your readers. Congratulations to you all.”

Long-time RNA member, Sophie Kinsella, was honoured with an Outstanding Achievement Award for her continued contribution to the world of romantic fiction.

Katie Fforde has won the Contemporary Category for the second year running with Recipe for Love. This category is for mainstream romantic novels set after 1960. The other competing authors included Veronica Henry, Mhairi McFarlane, Monica McInerney, Sue Moorcroft and Polly Williams.

2 responses to “The RNA RoNA Awards”