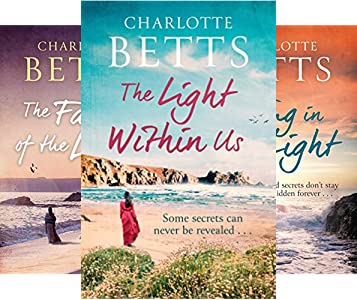 It was with some trepidation that I approached my publisher with suggestions for the novel I wanted to write next. I’d already had seven books published – love stories with a dash of mystery, set at various turning points in history between the Restoration and the Regency.

This time, I wanted to expand my horizons and write about a group of friends written from several points of view and over a much longer time frame than my previous books. The story was to be set in an artists’ community in Cornwall, beginning in the 1890s and ending after the Great War. When I began to look at the various storylines in more detail, it soon became apparent that this could not be successfully achieved in one book. Or two. So I was delighted when I told my publisher I wanted to write the Spindrift trilogy and they offered me a contract. Their only proviso was that each book should be a ‘standalone’ ie, it should tell a complete story without ending on a cliff-hanger.

I soon found that writing a trilogy required a slightly different approach from my previous novels.

What is a trilogy?

The three stories may be separate but linked in some way. For example, the books might all be set in the same location, perhaps in different houses in one street or in a university but at different times.

A single event might be narrated by three individuals, each demonstrating a different point of view and perception of the event.

The story might cover a character’s whole life and be divided into youth, middle and old age.

How to plan a trilogy I always plan my novels carefully, spending many weeks fitting my plot around actual historical events and working out my main characters’ developmental arcs. This still held true but planning a trilogy required extra thought.

It’s essential to plan and structure all three stories before you start to write, especially if Book One will be published before you’ve written the others. Once it’s published, you can’t go back and lay new groundwork for a later plot strand.

Begin with a list of the most important events/turning points for the whole trilogy with an initial chronology. You don’t have to include all details because it’s likely you’ll want to change them as your characters develop.

It’s important to consider if the first inciting incident is important enough to be the forbear of all major events in the story.

Check that the ending of Book 3 ties up all the remaining plot points.

Is there enough tension and conflict throughout the three books to engage the reader?

Does your plan have enough story to keep a reader interested right through to the end of the trilogy?

Each story in a standalone trilogy must be structured so that it has a satisfying ending. The main character in each book must have a goal and a problem to overcome in order to grow and learn from their mistakes.

You may need to tinker with the overall outline before you start to write, adding, moving or removing plotlines or characters until the balance feels right for each book within the trilogy.

Tips for writing a trilogy

Keep a ‘bible’ or spreadsheet of all the characters, noting their birthdays and age at the beginning of each book, their physical description and background. This helps to avoid your heroine changing the colour of her eyes between books! Note details of the setting and a dated list of events, too.

Draw a map of the location where the trilogy is set. In a village, for example, you might show where the vicarage, post office, pub and shop are, together with who lives in each house.

Read trilogies in your chosen genre and analyse why they are, or are not, successful.

Pros of writing a trilogy

Readers like trilogies and often fall in love with the characters and look forward to the next volume.

An author’s research can often be used again and you don’t have to invent a whole new world. This can be a great timesaver if you are self-publishing and want to publish the second or third book quickly, before readers forget about your characters in the first book.

The characters from the first book will already be familiar friends to the writer but there are opportunities to bring new characters with fresh perspectives into subsequent books.

Cons of writing a trilogy

Difficulties with the second and third standalone may arise because the setting, characters and important events that occurred in the first book may need to be described again. This is irritating for someone who has previously read that story because too much backstory slows the pace. It’s important to repeat information only if it’s absolutely essential and avoid cramming it all in towards the beginning.

If the trilogy is being traditionally published, only one volume is likely to be published each year and a reader may lose their hunger to read the next volume. Self-publishers who can bring out second and third volumes at six monthly intervals may have an advantage here.

If writing a ‘whole life’ trilogy and the genre is romantic fiction, it may be hard to keep one love affair going for the whole trilogy. An author should consider whether it’s appropriate to kill off a lover to allow a new love affair to flourish or whether to reflect a real-life relationship that has ups and downs over the years.

At the outset, the author needs to be sure they have the sticking-power to finish a trilogy. Some will revel in the wonderful imaginary world they have created but others may be desperate to escape by the end of Book Three!

Choose titles for each book that resonate strongly together and also an overall title to cover the whole trilogy. For example: The Light Within Us, The Fading of the Light and Letting in the Light are all part of the Spindrift Trilogy.

You may spend years writing your trilogy and you’ll know and love, or hate, your characters as well as your own family. When you write The End, it’s likely you’ll feel bereft at leaving them all behind. It’s okay to wallow in that grief for a little while and you can always read your trilogy again. Meanwhile, there are so many other books to write and, before you know it, you’ll be meeting new characters to beguile you.

On the other hand, I’d love to continue the Spindrift story into the Roaring Twenties. I wonder if I might speak to my publisher about developing my trilogy into a quartet?