I’d like to welcome Clare Flynn to my website as a guest author today. Clare is the author of ten historical novels and a collection of short stories. A former international Marketing Director and management consultant she has lived and worked in London, Paris, Brussels, Milan and Sydney, and is now a full-time writer, living on the beautiful Sussex coast.

Earlier this year I was green with envy when I heard Clare was embarking upon a four month round-the-world cruise. I was curious to see how the experience might fire her writing imagination and here she tells us what happened. 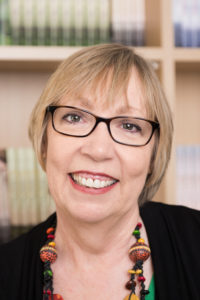 At the beginning of this year I did a once-in-a-lifetime round-the-world voyage that lasted four months. I had never done a cruise before and was full of trepidation, but kept telling myself, that If I didn’t like it I could hole up in the cabin and write. There were a lot of things in doubt about this trip but, being a prolific writer, writing wasn’t one of them. I was sure I’d get a complete novel written.

For three-and-a-half months I wrote nothing, except my trip diary.

I’m one of those people who don’t believe in writer’s block – maybe I need to correct that to ‘didn’t’ – as I’m hard placed to describe it as anything else. There I was, visiting the most amazing places, meeting many interesting people, and I had no desire to write at all. I had about seven thousand words of a book already started when I set sail, but every time I picked it up, I put it down again.

Then, about two weeks from home, I got an overwhelming desire to write. And I knew the book had to be set in Penang.

Why Penang? It wasn’t the most beautiful place I visited, or even the most interesting – although it was both of those things. I had no particular urge to return – although I did consider doing so for research purposes. I didn’t even spend long in Malaysia – just a day on Penang plus another day further south in Selangor and a day in Singapore. I didn’t even get to see much of George Town – it was a whistle-stop tour. Yet, something intangible called out to me and convinced me that I needed to set a book there. 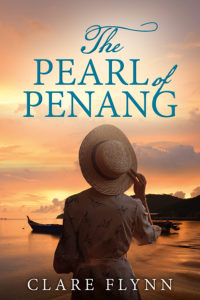 I frequently write about displacement – geographic as well as emotional and psychological, and have a big fascination for the British colonials who upped sticks and went to live in other parts of the world, quite alien to their own background and culture, and made new lives there. The first half of the twentieth century has always been my primary historical interest as I was born in the second half, but through parents and grandparents there is a link that makes even the two world wars feel simultaneously distant history and immediate. I suppose it’s because those times were within the living memory and stories of my parents and other relatives. That makes the period both tangibly real yet far removed from my own.

My family were not colonisers – nothing so grand! But the men of my mother’s family did travel, as they were seafarers. So, sea voyages often – possibly always! – make their way into my books. But I have no direct experience of the ex-pats who inhabit the pages of The Pearl of Penang– and Kurinji Flowers, set in colonial India, before it.

As I travelled up the Suez Canal heading towards the Med and the last two weeks of my long journey, I began to write about Evie and the strange marriage proposal from a distant cousin she’d met only once years earlier, and why she decided to accept it. All I knew then was that Douglas Barrington would be a colonial. As I wrote, I decided he had to be a rubber planter and those green hills in Penang began to call out to me. I’ve visited two rubber plantations in my time, but neither was in Malaysia – one was in Sri Lanka and the other in India. Maybe it was a distant memory of school project I did on rubber, which back in the 1960s always seemed to come from Malaysia. And back in the 1930s and 40s it was a massive industry there. Who knows? This is how the creative process works for me. One small step leading to another. The memory of a scent of spices in the air, a glimpse through trees to a distant sea, the devout atmosphere inside the gloom of a temple.

So, did I return to Penang? Alas, no. I am one of those unfortunates who wilts in heat and becomes good for nothing in high humidity. I did make plans to go, but in the end I decided I could accomplish what I needed to do from my desk. I devoured YouTube videos, watched old Pathé newsreels, explored the island with the aid of Google Earth and read extensively. I often get reviews or emails from readers who tell me they travel vicariously with me when reading my books – little do they know that I often do the same when writing them!

And capturing a place can sometimes be more about a feeling, a sensation, an affinity, than visiting every available attraction. Penang captured my heart and my imagination. That’s what unlocked the door to allow me to write. 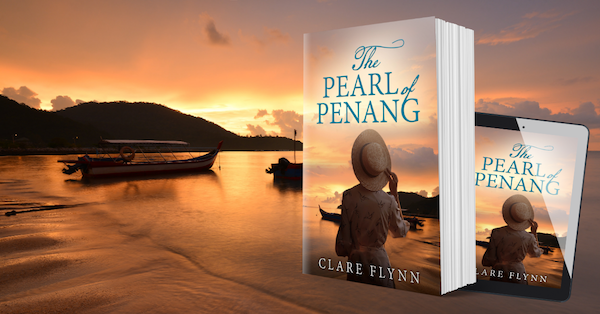 The Pearl of Penang is available as both a paperback and e-book – all retailers.