I am delighted to welcome Deborah Swift as a guest author to my website. Deborah and I have both written novels set in the 17th Century and share an enthusiasm for Samuel Pepys and his famous diary. 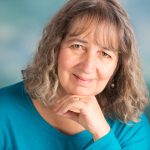 Here, Deborah is writing about banking and house ownership in 17th century London.

In the 17th century, ‘London’ was the City of London. Within its stone walls, it had grown into a bustling, overcrowded residential and commercial centre. As the population grew, space was at a premium, and storey was piled on storey. Tall, jettied timber houses overhung narrow streets. It was this pattern of building that made the Great Fire of London in 1666 so hard to control and led to the loss of 80% of the city.

Most houses were built under the system of leasehold land tenure. In this system, a land owner would let plots to a builder – provided that he would then build a house, which, at the end of the lease period, would become the property of the ground landlord. The builder would then raise funds from investors to finance the building of the house. He might then also sub-let individual plots to other builders who would undertake more construction. 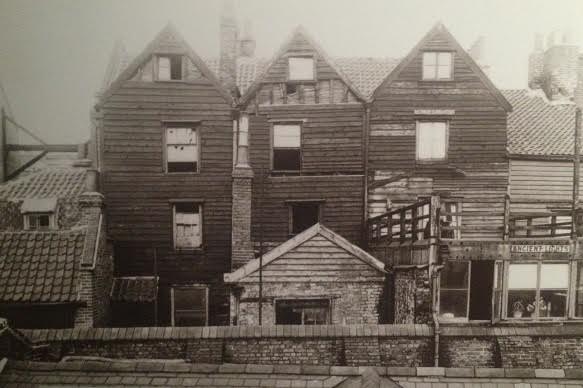 This system was a great advantage to the landowner; he could develop his land with little risk, he still had an income from the ground rent, and at the end of it all, the land and houses reverted back to his estate. Most leases were fixed at 99 years, as they are today. So when Will Bagwell in my new book A Plague on Mr Pepys was taking on a loan, he was taking it on to buy a house on leasehold. Many people were often crowded into leasehold houses by men who then sub-let the individual rooms to families. See the picture above from Urban Life in London.

The loan of money to finance a house purchase was usually done via the goldsmiths. Following an incident where gold held at the Royal Mint was seized by Charles I, the Royal Mint was no longer considered a safe place to keep gold. So rich men preferred to lodge their gold with the goldsmiths. Trying to keep metal coins safe or carrying them around was inconvenient, because of the weight, so people would typically deposit their coins with the local jeweller or goldsmith, who would have a safe. 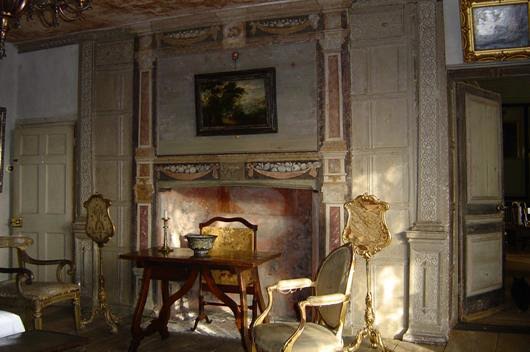 The sort of houses that were built by the middling-rich were like this one in Rochester, England. Frequently adapted from earlier buildings, they added extensions to create more space for entertaining, particularly dining, which was now a popular way of socialising, as the servants would eat separately now that the medieval idea of The Great Hall had gone. See more pictures of the wonderful Restoration House on this slideshow. Below; the dining room of Bampfylde House Exeter. Note the ornate plasterwork ceiling and huge fireplace. 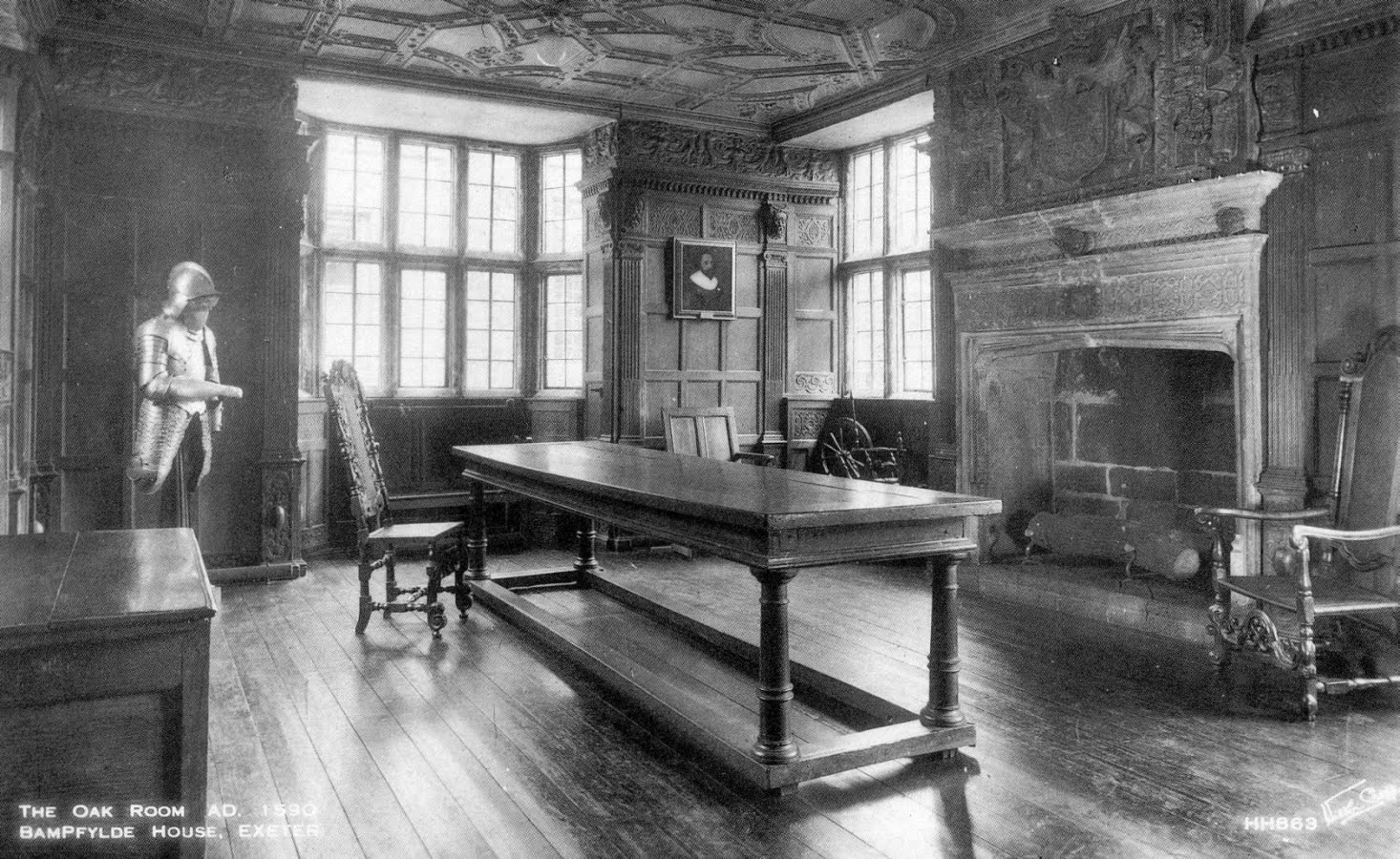 Goldsmiths came to be known as ‘keepers of running cash’ and they accepted gold in exchange for a receipt as well as accepting written instructions to pay other parties. This instruction was the forerunner to the modern banknote or cheque. Eventually, these goldsmiths started to focus more on holding money and valuables for customers than on actually making jewellery and became the first bankers.

The goldsmiths soon noticed that the bulk of the coins placed in their vaults were never taken out. Only a small percentage of deposits were ever asked for at any particular time. This opened up a profit opportunity – if the bank had £1,000 of coins in the vault, but customers only withdrew a maximum of £100 on any one day, then the other £900 in the vault was spare and could be lent out to borrowers. The interest rate was highly variable and often extortionate. Goldsmiths were amongst the richest men in London and could afford to build lavishly in the ornate style of the Restoration. This often included hand-carved panelling as if the example below from William Crowe’s house. 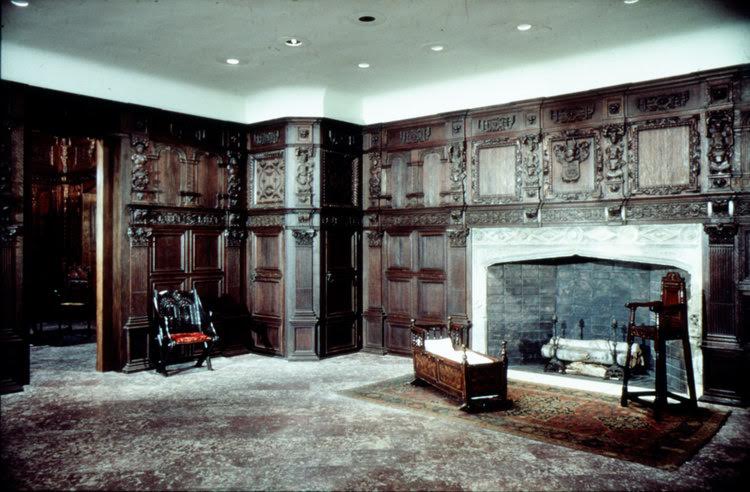 By the end of the century, the goldsmiths could issue paper receipts to other borrowers without needing many – or even any – coins in the vault. With only £1,000 of coins in the vault they could lend out £2,000, £4,000 or as much paper money as it dared.

With such loans on offer, rich men could afford to be lavish. The ballroom in Knole House in Kentis decorated in typical ornate 17th Century style. The ballroom contains one of the finest chimneypieces of this period, carved in marble and alabaster. 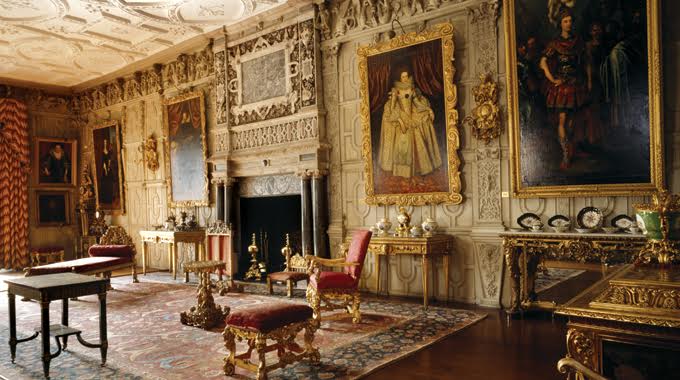 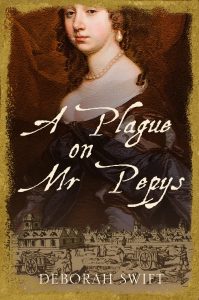 In A Plague on Mr Pepys, Bess Bagwell has aspirations. She starts in a house like the picture at the top of this post, but has a definite hankering towards the one at the bottom! Will she ever realize her dream? And can Mr Pepys be her ticket to the top?

A Plague on Mr Pepys, the second book based around the women in Pepys’s famous Diary is out now.

‘a brilliantly written piece of historical fiction that dives into one of London’s most treacherous times.’ Readers Favorite 5*
Buy the book: mybook.to/PlaguePepys

Many thanks to Charlotte for hosting me!